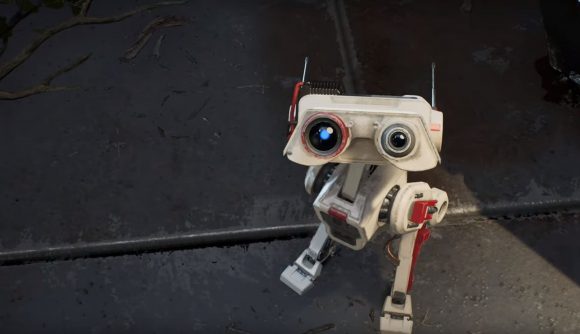 Jedi: Fallen Order might have a long history of Star Wars games to draw from, but inspiration for Respawn’s upcoming trip to a galaxy far, far away seems to have come from another – much less likely – source.

In an interview with EDGE magazine (via wccftech), Fallen Order’s lead combat designer Jason de Heras said that getting to see Sekiro: Shadows Die Twice ahead of his game’s release was helpful.

De Heras says that it was “a little comforting to know that you could make this type of game without a stamina bar. They let you attack, they let you roll, they do all this for free – and then the aI will tell you if you’re doing the correct thing” and that “it just confirmed to us that you don’t have to limit everything the player does […] it was a positive thing for us to know there was a game that was similar to ours.” He went on to say that Sekiro and Fallen Order are “very similar.”

But de Heras isn’t the only Respawn dev to have learned from FromSoftware. Game director Stig Asmussen told EDGE that “I’ve been a huge FromSoftware fan since King’s Field.” That’s some significant experience with the studio, as King’s Field, which launched in 1994, predates even the earliest entries in the studio’s famous Souls series by around 15 years.

Related: Check out the best Star Wars games on PC

Asmussen says that “King’s Field II is one of my favourite games ever. But it’s not about you liking a game and trying to make that game yourself. It’s more ‘what can we learn about what’s fun about it?’”

From what we’ve seen of Fallen Order so far, it’s looking like Respawn isn’t shying away from FromSoft’s influence. Ahead of E3, the developer said that Fallen Order is inspired by Dark Souls and Metroid Prime, and gameplay shows off some distinctly soulslike combat. The Jedi: Fallen Order release date is just a few months away, so hopefully we’ll get a closer look at those influences pretty soon.