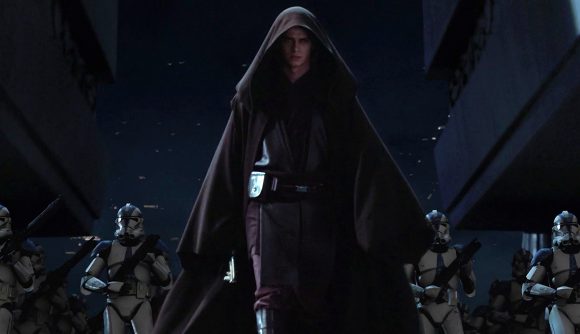 Big rumours around major games have been swirling all week, and the latest concerns Respawn’s Star Wars Jedi: Fallen Order. This supposed leak sheds a bit more light on the plot details of the Titanfall dev’s take on the galaxy far, far away, but the most interesting details is a potential launch date. According to this report, Fallen Order will be out in November 2019.

The game will be set between Revenge of the Sith and A New Hope, casting you as a padawan on the run in the wake of the Empire’s Jedi-extermination Order 66. That much we already knew, but this leak suggests that it’ll be five years after Episode III and the name of our Jedi protagonist is Cal. He’ll be mentored by a woman named Ceres.

Other pertinent details include the presence of the Ninth Sister and the Inquisitors, both of which have had a heavy presence in the existing books and comics, particularly the Darth Vader miniseries. This all comes courtesy of Redditor Xyzsvtabc, who claims to have attended a Disney marketing presentation on what’s coming for Star Wars in 2019.

While you should probably still take this all with a grain of salt, some details of that Reddit report have been independently verified by another source over at Making Star Wars. The specific info there only covers details on the Episode 9 plot – admittedly a bigger deal for Star Wars fans – but it does suggest there’s something to all the reveals from that presentation.

Fallen Order’s E3 announcement initially suggested a release in “holiday 2019,” so this November date isn’t far off that mark. We’ll still be waiting for an official Fallen Order release date, but more news could come very soon. This week’s Game Awards show would be a great spot for a new trailer or other details, but if not we’ll certainly learn more by E3 next year.