Star Wars: Knights of the Old Republic II – The Sith Lords was the first game from Obsidian, the developer who would later work on Fallout: New Vegas and The Outer Worlds, and it sometimes gets a unfair rep – especially compared to BioWare’s first game.

The main reason many players don’t remember Knights of the Old Republic II as fondly is due to the fact it was rushed out for a Christmas release – with much of the ending, several story threads, and at least one planet being cut out or down. Since then, mod makers have worked hard to restore a lot of KOTOR 2’s cut content, but the one thing that hasn’t been fixed is the slow march of time – the 2004 game looks pretty ropey on modern systems.

While there have been a few improved texture packs for various KOTOR 2 characters previously, there’s a new texture mod out now – which is the most expansive and sizeable one for the game yet, clocking in at around 2.7Gb.

The KOTOR 2 Unlimited texture pack mod adds over 600 HD world textures to the game, all through the magic of AI-enhancement. The mod can be picked up on Nexus Mods, and can be used alongside other mods – including character texture packs and the essential Sith Lords Restoration Project, the mod that adds the cut content back into KOTOR 2. 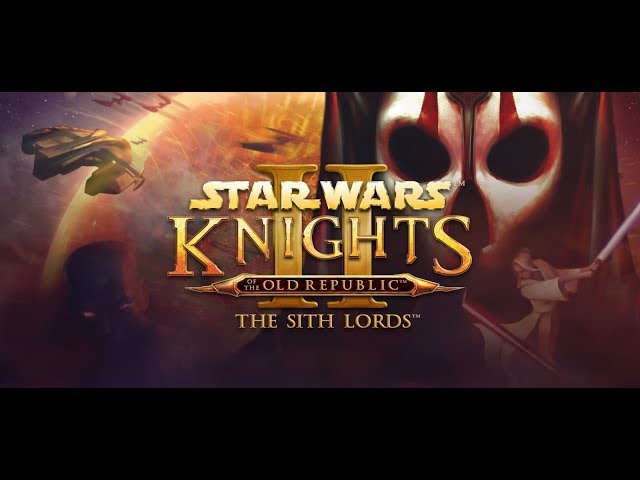 KOTOR 2 isn’t the only game to receive HD upscaling thanks to AI enhancement software. Max Payne, Morrowind, even the cheesy cutscenes of C&C Red Alert 2 have been remastered using this method. The results are certainly very impressive, and helps new players to enjoy underrated classics such as KOTOR 2.

And if that’s not enough, you can get enjoyment from author facemeltingsolo’s slightly unorthodox views on the current state of Star Wars at the end of the mod’s description. “I don’t own Star Wars and anyone that thinks they do is delusional.” If only that were true.