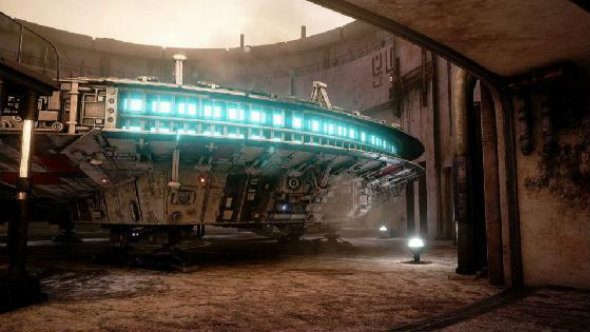 A bunch of Obsidian developers have recreated some lovely Star Wars environments in stunning detail, using Unreal 4 and their collective (and vast) experience.

For more galaxies far, far away, check out our list of the best space games.

If you’ve got a capable PC, you can explore these realistic, real-time rendered Star Wars environments by downloading the interactive fan art at that link.

While Unreal 4 fan games are nothing new, this one is created by Jason Lewis, senior environment artist at Obsidian, alongside other artists at the developer. You can see the full list of developers and get some insight into the project’s creation over on 80.lvl.

There are also a bunch of lovely images over there, but here’s a video of the Millennium Falcon:

“Originally it was just going to be the Falcon sitting in Docking Bay 94 so I could run around and look at it in real-time,” says Lewis, speaking about the project to 80.lvl. “Then I thought it would be neat to add the interior to the docking bay, and then maybe some of the surrounding Mos Eisley city, then I thought ‘hey, let’s put the Mos Eisley Cantina in as well!’

“It was at this point that I realised the scope of this project had grown beyond my ability to finish it by myself, so I extended an invitation to several of the artists working with me at Obsidian to help out with this project in their free time, and I got many very enthusiastic YES responses, so I divided up the work based on the time and effort commitments that volunteers were willing to put into it.”

There are a few droids, but there are no alien characters, as the team failed to enlist the help of any character artists. You can run around with a blaster and find a hidden weapon somewhere in the environment, however. There’s also a VR version in the works.