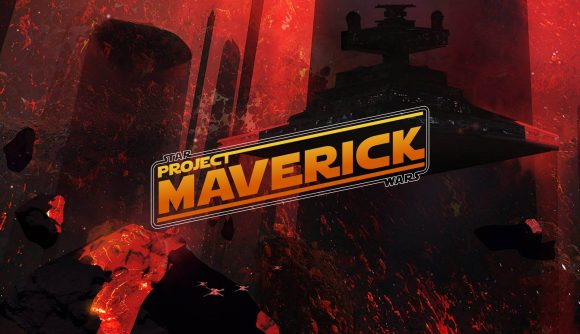 A new Star Wars game has leaked, it seems. Star Wars: Project Maverick has popped up on the PlayStation Store’s back end, and while details are thin on the ground at present, it appears to be legitimate.

Kotaku‘s sources have confirmed that Project Maverick is the “smaller, more unusual project” that was previously reported on and is in development at EA Motive. The game’s listing on the PlayStation Store suggests a PS4 release, of course, though almost every Star Wars game in recent years has been multiplatform, so it’s likely to come to PC, too. We’ve contacted EA for comment.

Gematsu used the game’s store content ID to discover that it could, in fact, be a beta of a multiplayer game. It’s not, however, a VR title, according to the site. We’ll have to wait and see what EA officially announces.

Maverick is likely to be one of the two Star Wars games EA currently has in development – the other is reportedly Star Wars Jedi: Fallen Order 2. All of this is yet to be officially confirmed, but EA has spoken on the record about how it is considering “where to take this [Jedi: Fallen Order] journey next”. It has also said it is aware different people want different things from their Star Wars games – some fans want multiplayer, while others want a story experience – and so it will “build experiences that satisfy their needs and motivations.”

The game Maverick has been added to the european PSN! pic.twitter.com/H0wmojX4S1

For more on the titles already out there in the beloved sci-fi universe, check out the best Star Wars games on PC. Live long and prosper, Padawan.