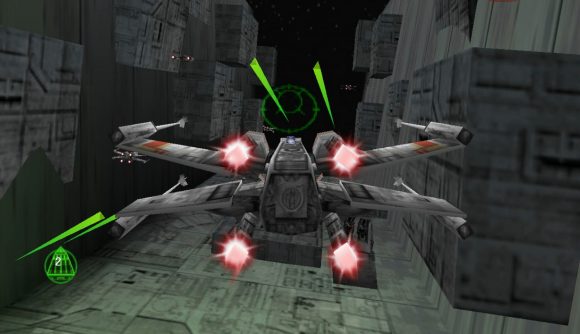 Disney and Lucasfilm announced this week that Patty Jenkins will be directing Star Wars: Rogue Squadron, for release in 2023. The film won’t be a straight adaptation of the classic space games, but the Wonder Woman director says they’re still part of the fabric of the story.

Speaking to IGN, Jenkins confirmed the movie will be based on a new script, drawing from the established legacy of storytelling around the Rogue Squadron. “We’re doing something original with great influence from the games and the books,” She said. “There’s a lot of things being acknowledged and understood about the greatness of all of those things, but yes, it’s an original story and I’m so psyched to do it.”

Four games were released in the Rogue Squadron series, starting with the first in 1998. Developed by LucasArts and Factor 5, they largely followed Luke Skywalker and his trust wingman Wedge Antilles as they battled against the Empire in vicious aerial dogfights. They laid the groundwork for this year’s Star Wars: Squadrons, giving fans a chance to pilot their favourite starfighters, and take part in iconic Star Wars battles, like Hoth and destroying the Death Star.

The novels are the X-wing series, a run of nine books written by Michael A. Stackpole and Aaron Allstone, from around the same time, dealing in more misadventures in starfighting. They’re beloved within the old Star Wars Expanded Universe, and much of the excitement around the prospect of a Rogue Squadron flick is seeing some of that action brought to life.

Patty Jenkins’ Wonder Woman 1984 will hit cinemas in the UK December 16, and US December 25. Star Wars: Rogue Squadron will blast onto screens 2023. Here’s the best Star Wars games to keep you strong in the ways of the force otherwise.