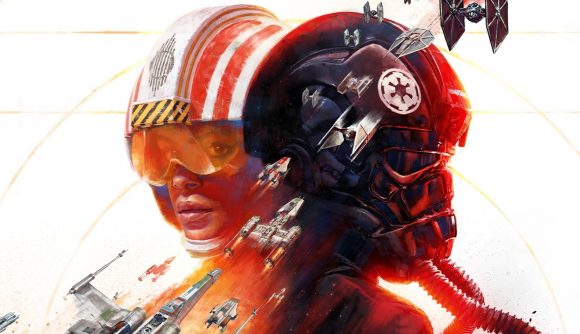 Another month, another batch of games headed to Amazon's Prime Gaming. Last month, members could get their hands on another classic LucasArts game – Sam & Max Hit the Road – as part of their subscription. For October, there's something somewhat related, though far newer and, well, Star Wars-ier coming to Prime Gaming – one of the best Star Wars games around, Star Wars: Squadrons.

Amazon has unveiled its October Prime games lineup, which is headed up by Motive Studios' 2020 space combat game. Launched just under a year ago, Star Wars: Squadrons sees you take to a galaxy far, far away in the first-person cockpits of starfighters across the Galactic Empire and New Republic navy. The game was pretty warmly received by critics, currently sitting at a score of 79% on Metacritic, while our very own Ian Boudreau gave it a nine-out-of-ten, concluding that, “after such a long wait for a successor to X-Wing and TIE Fighter, Star Wars: Squadrons feels like a lucky shot with a proton torpedo”.

Elsewhere in October's mix of ten new Prime games is the 2014 survival horror game Alien: Isolation and 2020 cyberpunk game Ghostunner (which we scored an eight-out-of-ten in our Ghostrunner review).

The others joining the subscription in October are Song of Horror Complete Edition, Red Wings: Aces of the Sky, Wallace and Gromit’s Grand Adventures, Secret Files 3, Blue Fire, Tiny Robots, and Whiskey and Zombies. Whew.

Also in October, subscribers will be able to grab the first New World Pirate Pack, which includes Pirate Apparel, a Pirate Stance emote, and 5k Marks of Fortune, to mark the arrival of Amazon’s just-launched MMORPG. There’ll also be some Call of Duty, Genshin Impact, and Rainbow Six Siege loot to grab next month.

Head to the the Amazon Prime loot page for the full rundown, and sign up to Amazon’s Prime Gaming subscription here if you’re keen to join and grab yourself some goodies. Or, if you’re after something for the ultimate low price, check out our guides to the best free games and free MMOs and MMORPGs on our home platform.