Getting the best out of Star Wars Squadrons goes beyond setting up your specifications on PC. There are several other things to consider, such as whether or not to use VR, or if you should grab a flight stick or just stick with a gamepad.

If you just want to jump into this awesome Star Wars game, we recommend that you have a PC that’s good enough and a decent controller. We’ll certainly be covering how to set those to the best settings. But for those who really want to feel like they’re in an X-Wing, or a TIE Fighter, then having the full salvo of a good PC, VR, and a HOTAS flight stick combo is the way to go.

This can be surprisingly tricky to set up properly, especially if you’re not using the optimal and recommended devices. So, we figured we’d provide the most extensive guide to setting up your PC for the perfect VR flight stick experience. Strap yourself in rookie, this is going to be quite the jump.

Before even buying the game, you’ll want to ensure that your PC can handle the specifications. 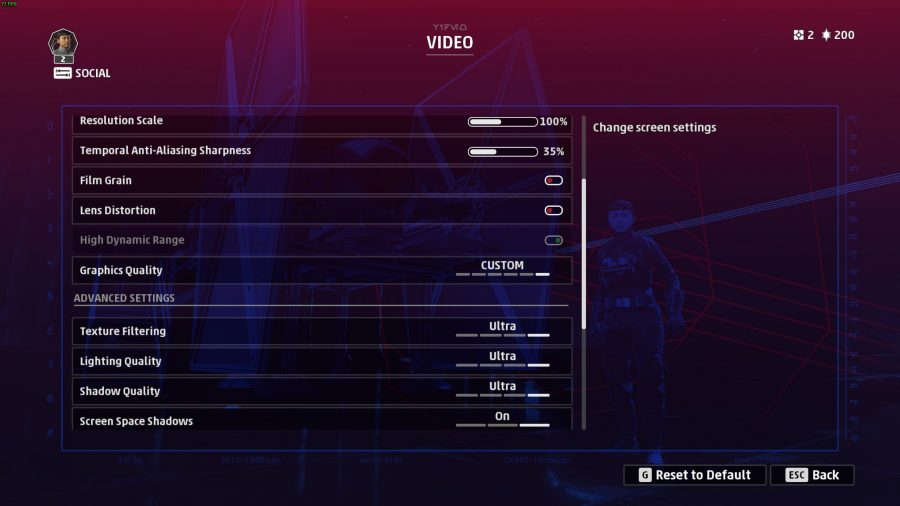 How to set up your PC for Star Wars Squadrons

Before even buying the game, you’ll want to ensure that your PC can handle the specifications. EA have helpfully put out the minimum and recommended specs for the game, both for if you are playing normally or playing with a VR headset. Here are the specifics for non-VR users:

A general rule of thumb is that the game’s auto setting for video options will tailor the options to your specific hardware specifications. If you have a PC that meets or surpasses the recommended non-VR requirements, then everything should be able to be set to the highest quality settings. That said, you may see performance issues with certain options. We’ll go over some of the more common hurdles, but if you just want to crack on and play, you should be fine with the automatic settings.

The PC we tested it with was an Intel i7-7700 with 32GB of DDR4 memory and a GeForce GTX 1070. This setup can comfortably run the game at 60fps at a near constant rate, only dropping a frame or two during really intense scenes.

Where it gets more taxing on this setup is with monitors with higher refresh rates. We’ll get onto the main issue with running the game beyond 60fps, but the game does technically support the 144hz monitor we tested it with.

Star Wars Squadrons doesn’t feature a dedicated benchmarking tool, nor does it show how much VRAM is used when settings are changed. However, you can sort of simulate those conditions the best you can using the game’s practice mode. Any option you choose applies to any changes instantly, so every time you change a setting, you can choose the option to switch ship to reset your position. From there, you can try to replicate a path that will put your CPU and GPU through their paces.

More like this: Here are the best space games

Anti-Aliasing is the other big fps hog. It’s worth noting that Star Wars Squadrons only uses Temporal Anti-Aliasing (TAA), but you can manually toggle the sharpness of this effect via a separate option. Sharpness doesn’t seem to have too much of an effect on performance (it defaults to 35 and we think that’s the sweet spot), but TAA Low gave 10 frames more than TAA High did on our machine. 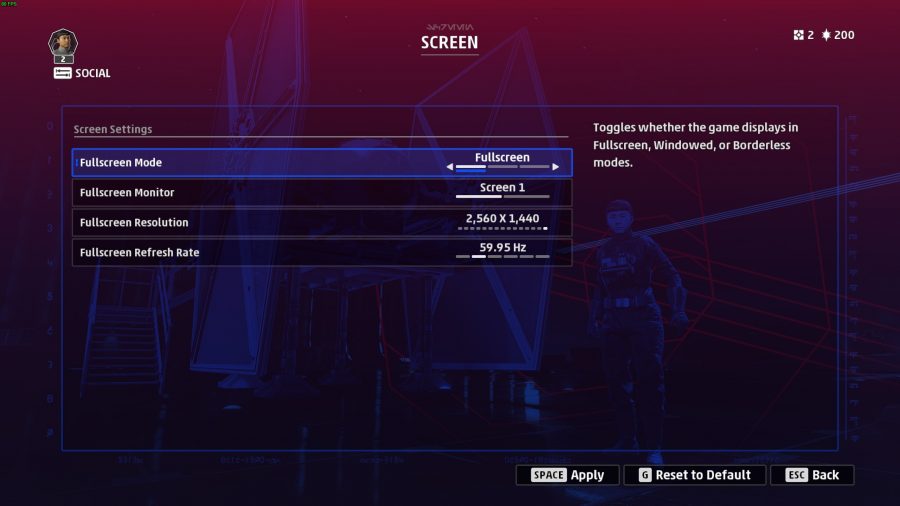 How to fix the frame rate bug for high fps monitors

So far, the biggest hurdle that is known to throttle performance is actually a bug. If you have a monitor that’s capable of rendering the game at higher fps values, then for some inexplicable reason, the animations run at 30fps in both cutscenes and in-game. So even though our frame counter was displaying around 100fps, the stuff on screen wasn’t.

There is a workaround (thanks DSOGaming) but it comes with a big caveat: you won’t get above 60fps performance. For a competitive game like this, it’s not the biggest of deals as maintaining 60fps is the goal, but it’s not great being limited to 60 when your monitor is capable of displaying much higher frame rates. So until there is a patch to fix this problem, here are the settings you can use as a workaround:

If you’re unsure how settings affect the performance in Star Wars Squadrons, we recommend that you enable the option to show fps in-game. This is available for both Steam and Origin, but sadly the Epic Games Store does not have this functionality and you’ll need to find third-party software to keep track of it. The steps for turning them on are below: 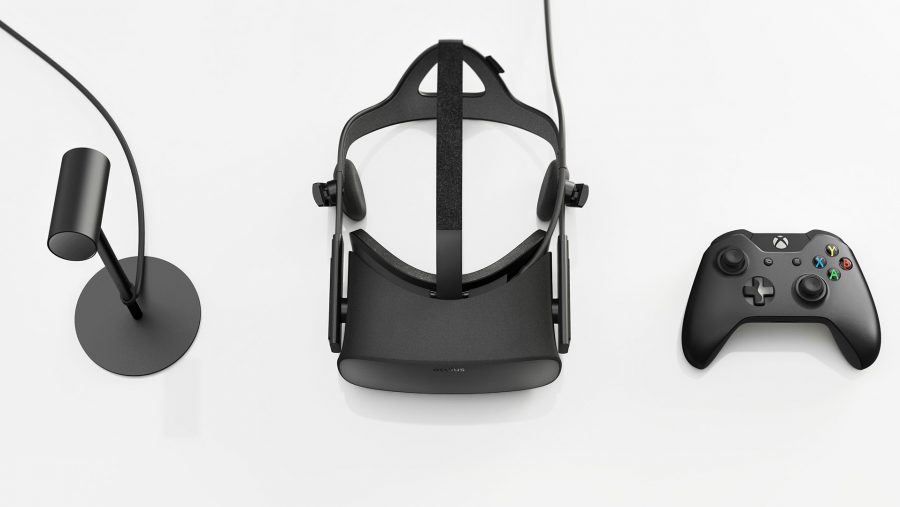 If you’re attempting to fully immerse yourself into Star Wars Squadrons by playing Star Wars Squadrons with VR on PC, there is good news. All three storefronts seem to support all the major VR formats. The bad news is that it doesn’t natively support the Oculus Quest. If you have this device, you’ll need to grab a compatible USB 3.0 cable and possibly an extender that’s long enough for your headset.

We’ve already mentioned the minimum/maximum specs that EA have put out, but here are the specs specifically for VR users:

Once you’ve set up your VR device of choice, you should be able to boot up Star Wars Squadrons in the dedicated VR mode. You won’t be able to use any motion controls, such as the HTC Vive’s wands or Oculus Touch. However, it is compatible with keyboard and mouse, gamepads, and various HOTAS devices (flight sticks). 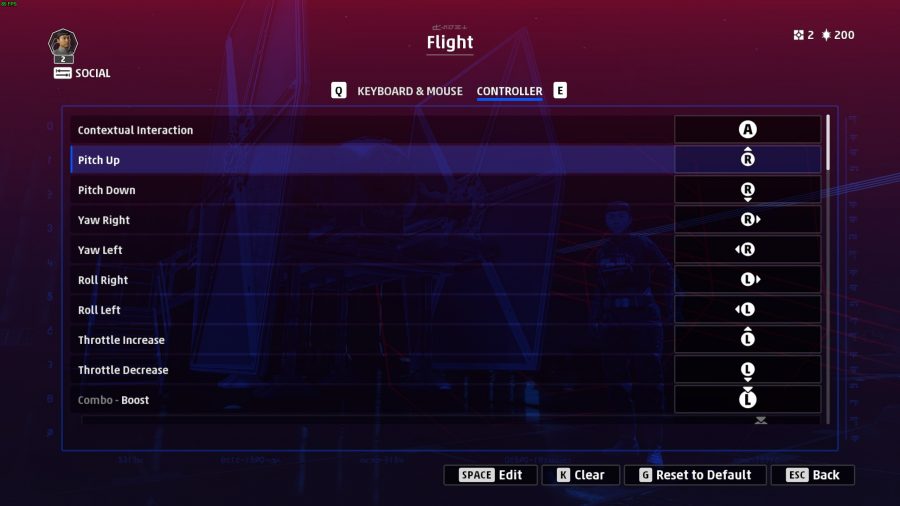 How to configure controls

This should be the easiest one to get working, but may be the most complicated to use effectively. Our suggestion, should you prefer to use keyboard and mouse for flight sims, is to play around with the controls in practice mode and see what works for you. However, we definitely found using a controller or HOTAS easier.

Generally speaking, we found that controllers are the easiest to use for most players and the default controls work perfectly well. There isn’t really much call to alter them if you’re using a gamepad.

Star Wars Squadrons on PC supports Xbox controllers as standard, so plugging in an Xbox 360 or Xbox One controller should be all you need to do. You can also go into the controller menu and find presets, as well as set up your own custom controls if you so wish.

In addition, rather frustratingly, the controls are displayed as Xbox controls. To help you with this, we’ve put a conversion table of the default controls between Xbox and PlayStation controllers below: 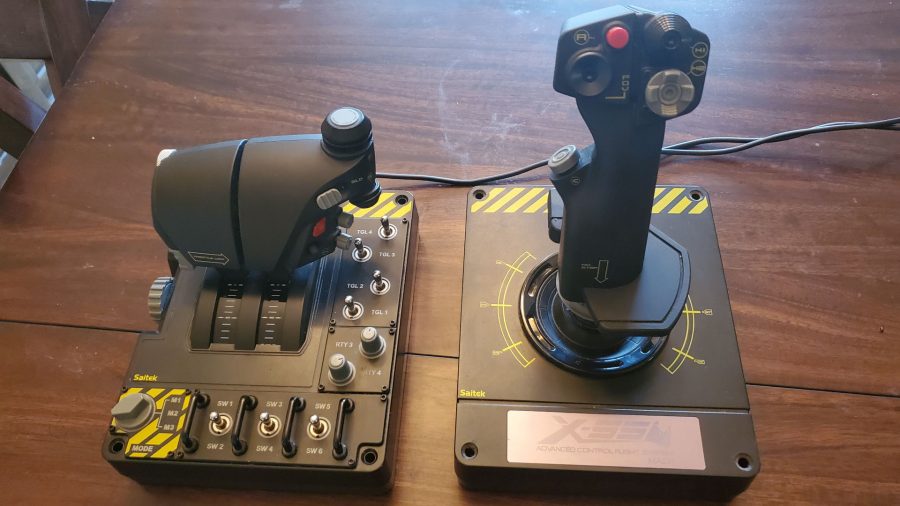 There’s nothing quite like using a proper flight stick for this sort of game. EA Motive have mentioned that the game supports certain flight sticks out of the game. The range of compatible devices may be broader than what’s mentioned below, but these are the ones that they have tested: