Announced in a press release, alongside an “energetic” video looking at the skills you’ll need to take on the tournament and emerge victorious (which you can check out below), the Tournament Server looks set to give Starborne fans a challenge worthy of the Alpha stage finale. It will bring an “epic story,” new rules and game mechanics to get your teeth into, additional coalitions made up of more players, plus some shiny new rewards up for grabs – all in the pursuit of “ultimate victory and galactic domination,” of course.

Solid Clouds CEO and Starborne lead designer Stefan Gunnarsson says the Tournament Server will also give players a glimpse at what’s to come in Starborne’s future, too. “It will include a great number of game mechanics that will give players an insight into where Starborne will be once the Open Beta launches next year,” he says, adding that there’s also incentive for players new to Starborne to jump in.

“Participation in the tournament will also be rewarded to ensure that newer players are also encouraged to play alongside our more experienced veterans.” 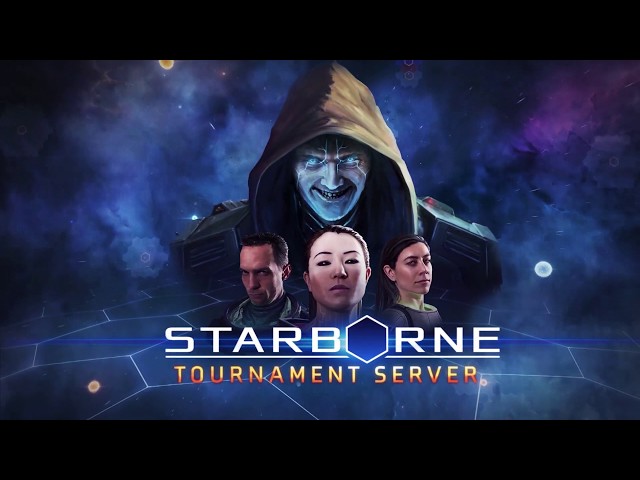 Entry requirements to dive into the Tournament are that you’ve got a Premium account status, or have built six stations in any server. The coalitions will now take up to 100 players (an increase from 60), and there are rewards for participation, survival, and – naturally – victory for players to get their hands on. Plus, the game’s station building will get a “complete rework from the ground up.”

During the event, the shop will be closed (only Premium account status, Premium factions, and cosmetics will be available), the Navy Base will be removed, and there will be an earlier lockdown, with both Alliance and Coalition lockdowns taking place on Day 29 (at the start of week five).