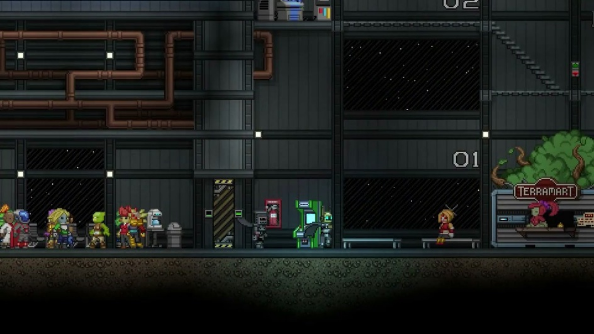 Starbound developer Chucklefish has announced that a huge new stable patch has been applied to Starbound, adding the brand new Colonies feature to the game. You can now break ground and create a colony, which will attract various NPCs all with quirky personalities.

Chucklefish tweeted the trailer for the patch last night, claiming that the update would be available that night.

Aside from colony creation, the trailer also shows off the vast amount of decoration options you’ll have for furnishing your colonies, with a shop selling new items daily.

The update also adds challenge rooms, teleportation beacon flags, 400 new micro dungeons, expanded inventory with sorting and tabs, and improvements to what seems literally every element of the game, from projectiles to biomes.