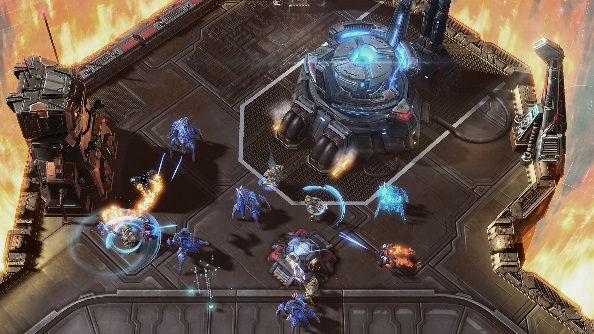 Blizzard’s chief designer on StarCraft 2: Legacy of the Void is about to give a presentation on all things multiplayer balance at DreamHack’s Montreal Open.

If you like RTS be sure to check out the top strategy games on PC.

David Kim has the unenviable task of keeping one of the most competitive 1v1 RTS games as close to fair as possible, and will be outlining something that we won’t want to miss at noon EDT today, apparently.

The official StarCraft Twitter account seems to think it’s worth tuning into the fairly minor tournament for his presentation at least, so we’ll take that as an indicator that something significant is on Kim’s mind.

The stream will begin in a few minutes on the DreamHackSC2 Twitch channel with Kim’s presentation supposedly beginning at noon EDT / 5pm BST, so here’s the stream for you: