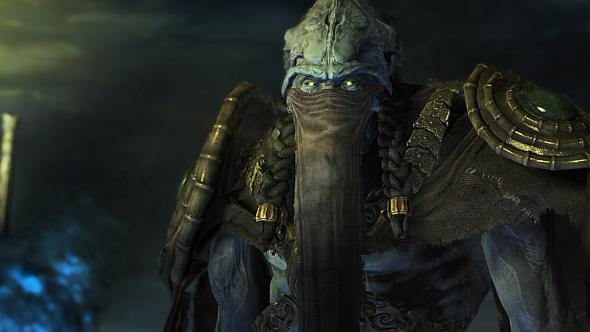 StarCraft II’s lead gameplay designer, David Kim, is moving on to a new project within Blizzard. In doing so, he becomes the third design or project lead to leave his game for an unannounced new project (or projects) within the company.

StarCraft junkie? Indulge your addiction with the best strategy games on PC.

“I’ve reached a point in my career where I’ve decided to branch out to a different project, to explore, learn, and grow as a game designer,” he writes. “This other project will be right here at Blizzard.”

Kim thanks “everyone that loves StarCraft… It has been such an incredible honor working with you and I will miss seeing how the pure passion flows out of so many people in constructive ways, and having design discussions as a game developer with such a dedicated, intelligent community of gamers was so extraordinary. I will always be grateful for this amazing experience that most game designers around the world just don’t get to experience at such a deep level.”

Kim’s is just the latest in a series of moves within Blizzard over the last six months or so. Back in October,we heard that World of Warcraft’s then-game director Tom Chiltonhad also moved to “another project within the company,” to be followed byHeroes of the Storm’s game director Dustin Browderin December.

A couple of job postings last November indicated that Blizzard are working on a new first-person game (there arenow three such postings, for software engineers able to develop “a robust first-person engine for an unannounced project.”)

We know Blizzard are working on StarCraft Remastered, but if that were Kim’s next destination it seems unlikely he’d be so furtive about it, since it’s been announced. Let’s remember that Allen Adham, one of Blizzard’s original co-founders, was re-hired last Novemberwith the brief to develop and realise promising new ideas. So while it’s tempting to think that all three of these talents are working on thesameunannounced project, because of the pure star power that’d represent, it’s probably more likely that they’re working on a few. That’d also make sense given their experience in vastly different genres.