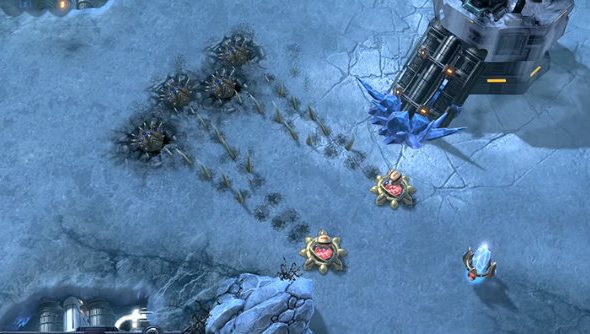 StarCraft 2’s ladder system has undergone an overhaul, making it easier to see where everyone’s at competitively.

For more tactical treats, check out our list of PC’sbest strategy games.

In a new video, Blizzard’s David Kim lays out the changes. “There are many ways to take the direction of a Ladder system within a game,” Kim says. “For example, you can go for a system that makes everyone progress over time, or you can go for a skill-based system. For StarCraft 2, due to its competitive nature, our main goals were to increase transparency and give a better reflection of player skill.

“We made a few improvements in order to achieve this goal. Most important is showing the exact player skill at all times. This will be done by clearly displaying players’ MMR. We also added a progress bar that shows exactly how far you are from promotion. We broke up each league into three tiers so players know where they stand within a league. Your tier will now show on your current league badge. Each player’s MMR will display the exact current skill of the player, whereas the league and tier badge information will display the highest rank achieved in the current season so far.”

These changes also have a knock-on effect to the Grand Master League, which has been tweaked to be more meaningful. Promotions and demotions will now be handed out on a daily basis now. This will allow Blizzard to see a more accurate list of GM players who qualify for WCS going forward.

There are also a bunch of UI improvements. The promotion celebration now has an animation more fitting of a celebration, league icon animations have also had an overhaul, and new key information has been added to the score screen, showing your progress towards promotion and all that other good stuff.

Here’s David Kim chatting about all that if you don’t like words: