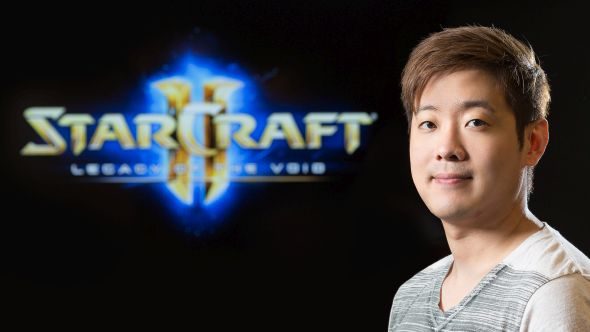 The answer to how StarCraft II will continue to change was revealed over the weekend when Blizzard showed off their plans for the post-Blizzcon patch. Announced early in the hope of getting as much feedback as possible, balance designer David Kim attended Dreamhack Montreal to reveal what is an expansion’s worth of reworks to many units in the hope of keeping things fresh for the 2017 season. While they’re avoiding adding or taking away units, some are changing role completely, or receiving massive buffs in the hope of new-found viability.

Blizzard tries to improve one of the best strategy games around.

The majority of the changes were detailed in a blog post on the website, with the general theme being buffs over nerfs, and most of the units that were brought down being altered in other areas to compensate. In his presentation, Kim also made it clear that these are intended as a first look and could change significantly by release time somewhere in November.

They’re going to be doing their usual test maps, and the first will go live on Tuesday, as Kim confirmed on Reddit. Due to the size and nature of the changes, Blizzard would like to make it easier to test than usual, preferably with matchmaking, but aren’t sure how they’ll implement it yet. Things are planned to be ready for the weeks following Blizzcon on November 4-5.

Most interestingly, Kim said in his presentation that the intention is not to have these sort of patches every season to deliberately shake up the metagame. Instead, they want to get SC2 into a spot, similar to Brood War, where it can naturally evolve between strategies and grow without them tweaking the numbers.

You can watch his run-down of what’s changing at about the 1:02:00 mark in this archive: