Blizzard has outlined in detail its StarCraft II Multiplayer Revamp, which is live as of yesterday with patch 3.8. Headlines include fundamental redesigns of the Terran Cyclone, Zerg Hydralisk and Protoss Tempest, and major changes to many others. The third and final mission pack for Nova Covert Ops is also now available.

Nova Covert Ops is a bonus single-player campaign for StarCraft II focusing on Nova, a Terran assassin with psionic powers. You can customise Nova’s loadout before each mission and will have to manage her abilities at a micro level to get the most from her, yet many missions retain StarCraft II’s base-building and army-management gameplay as well. Issued in packs of three missions, the third instalment completes the campaign, and is available now.

The Multiplayer Revamp was first announced back in August at DreamHack Montreal, and is intended “to bring the game to a place that is consistently full of diverse combat, strategically-rich choices, and balanced gameplay.”

Basically, it’s another round of balance changes and redesigns to make the game more competitive, with special focus this time out on improving the diversity of army compositions.

For the Terran, Factory and Starport units get a lot of attention to make comps based on these structures more compelling. The Cyclone is redesigned into “a front-line anti-armoured damage dealer.”

Likewise with the Zerg, Blizzard are looking to achieve “a good balance between Roach/Ravager, Zergling/Baneling, and Hydralisk-based play while empowering some of the under-utilised support units”. These units, accordingly, all get tweaks, with the Hydralisk being buffed and redesigned.

For the Protoss, Blizzard want to “even out the strengths of the race’s harassment options, and increased the combined power of Stargate play.” Protoss harassment units are thus tweaked, and larger changes, mostly buffs, are made to the Tempest, Carrier and Void Ray.

We’ve also reproduced the patch notes in full for you below. You can also read the preview at Blizzard’s blog here. The patch went live in Europe yesterday. 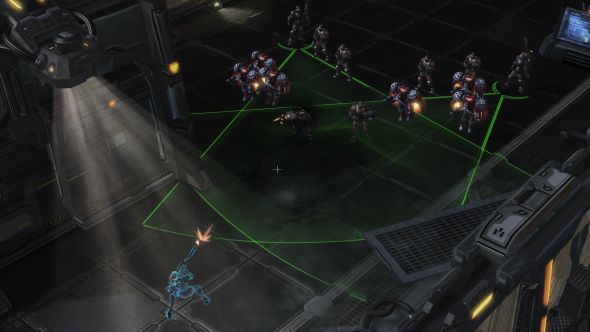 The Cyclone is being redesigned into a front-line anti-armored damage dealer. It can now be produced from Reactors while being cheaper, beefier, and a bit slower. It also now possesses a much bigger punch versus ground units.

The Hydralisk is being transformed into a core tech option for Zerg. It has become much stronger on creep and is also seeing a general buff to its combat effectiveness to make its use more appealing.

The new Tempest’s role versus air remains the same, while it is becoming more of a utility spell-caster versus ground units. Its new ability, “Disruption Blast”, stuns ground units in a 1.95-radius for 7 seconds, giving an accompanying Protoss army a window to move in and lay waste.