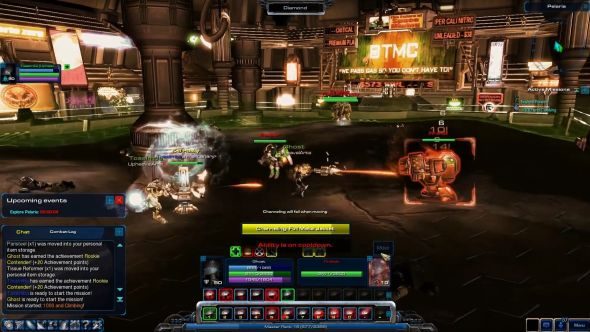 People have been asking for World of Warcraft-only-StarCraft since the first ten boar corpses were returned for 50 copper. Rather than waiting on Blizzard to do it, a group of map makers took to the exceptionally powerful SC2 editor and decided to finish it themselves. They raised nearly $90,000 on Kickstarter back in 2013 and have finally entered an open beta phase, with an accompanying IndieGoGo to keep the project running. It doesn’t even require buying StarCraft 2 to play, since the free Starter Edition gives access to custom maps.

How does a mod fit in with the best MMOs you can play today?

Here’s how it plays, including the very-Blizzard overwrought voice-over. They’re true to their roots.

That looks pretty fun, and holds up graphically a lot better than I would have guessed given it’s built on an RTS engine with models from 6+ years ago. Perhaps more impressive is their fan-made cinematic trailer which nearly manages to reach that Blizzard high, missing only on some movement animation.

Sweet, eh? The things you can do with a budget, even with small teams of non-professionals. $90k isn’t going to have been a decent wage for anyone involved, but paying for people’s time generally produces better work.

As for how to play it, you’ll need either your own version of SC2 or the Starter Edition you can grab for free. Head into the arcade and search for StarCraft Universe. While it plays like an MMO, there’s no system for having extreme numbers of players in-game at once, so your character is saved between play sessions with different parties. It’s a little closer to Diablo in that respect than WoW. There’s four maps, three of which operate as a tutorial and it’s recommended to play them in order.

The developers, who go by Upheaval, have been posting on Reddit with answers to various questions, if you’re curious. If you want to chip in for further development, here’s the IndieGoGo.