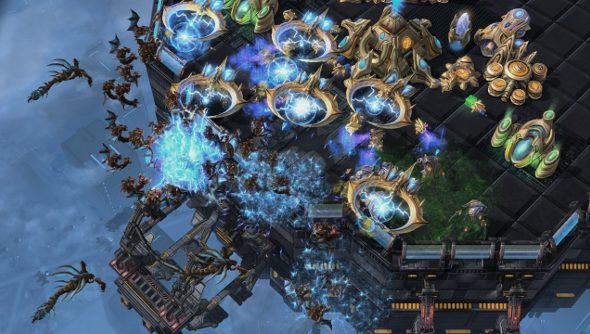 Like a siren, Blizzard is calling people to BlizzCon. Over the last week, Blizzard have been teasing cryptic StarCraft II sound clips. It started with a shrieking zerg and then the sound of weapons, then there was a strange mechanical sound, which reminded Nick of the terran warhound unit when he posted about it.

Yesterday, another audio tease appeared, which sounded like an aircraft taking off and then firing lasers. The titles of all three of these teases created a partial sentence: “See you at…”. BlizzCon was assumed to be the final word, and it is indeed, as the final tease was posted today. Take a listen below.

A whole piece of music – could it be part of the soundtrack for an expansion? Blizzard are obviously going to be making a StarCraft II announcement at BlizzCon, which kicks off tomorrow, and that announcement could very well be for Legacy of the Void.

We’ll just have to wait until tomorrow.