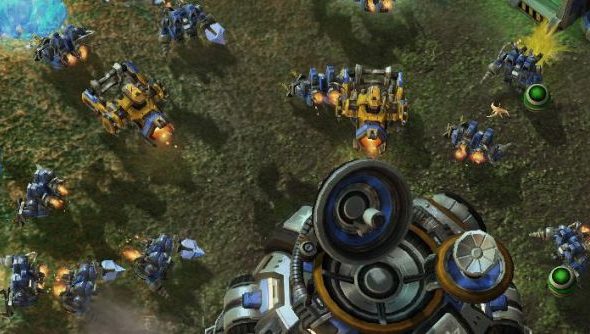 For the past couple of years I’ve been begging for the StarCraft II balance team to take a note out of the MOBA playbooks and try really shaking things up once in a while. Big moves that rock the core of the game and bring some more excitement to its aging scene and samey metagame. I didn’t expect them to actually do it, but the latest beta patch is precisely along those lines. It removes the macro mechanics – special abilities that are used as often as possible to gather resources and produce units faster – from the Terran and Protoss, while drastically altering the Zerg version.

It’s being called the most significant patch in the game’s history and not without reason. The macro mechanics are a long staple of the game, having been introduced as a way to increase the efficiency of bases of the best players and provide each race with a unique element that was effective throughout the game in different ways. Now that they’re gone, there’s some major holes to fill – most seriously in terms of balance and rewarding player skill. The game has long been designed around these elements being accessible, so numbers are weighted around them. Everything will need to be readjusted.

That’s not where Blizzard want people’s attention though, as they say it’s relatively easy to fix numbers. They’re more interested in how the community feels about the design change itself and multiple pros have weighed in after a few days on the patch. AmericanKevin ‘qxc’ Riley today posted a lengthy blog about the changes, which he believes are a good thing. He essentially argues that while macro is an important element of SC2, it’s the least exciting and the least interesting to do. While all the mechanics had interesting strategy to them, they generally came down to repetitive actions taken at certain intervals.

Meanwhile Stefan “Morrow” Andersson is less positive. He agrees with the removal of the MULE but thinks the changes to Protoss and Zerg go too far. There’s a video from his stream where he explains his thoughts and a follow up forum post that goes into more and different details, including his proposed solutions. He also made a second post talking about the design direction of Protoss as a whole and why he likes it, which is a response to the latest community update from Blizzard.