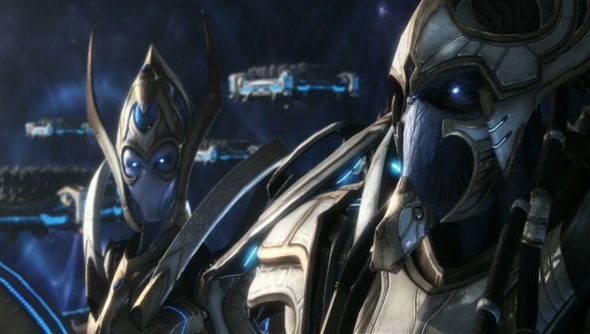 At this year’s BlizzCon, Blizzard revealed the final chapter for Starcraft 2: the protoss expansion, Legacy of the Void. It’ll be a standalone expansion – it won’t require the previous games to play – that will decide the fates of all three races. You’ll control the last remnants of the Protoss race as you gather an army to stop the Xel’Naga threat.

The culmination of the Starcraft 2 trilogy will be in the hands of the Protoss in Legacy of the Void. The fate of the three races and their iconic characters will be decided, including the likes of Zeratul, Kerrigan and Raynor.

You’ll control an ancient arch-ship called the Spear of Adun, which you’ll be able to use throughout the campaign to call in orbital strikes against the Xel’Naga, and other threats.

The expansion will be special: it will be a standalone product, meaning you don’t need the previous games to play it. There’s also new multiplayer units for all three races; including the return of the infamous Lurker unit for the Zerg.

A new mode called “Archon Mode” will combine the best of co-op and PVP; you and a friend will control a single base and a single army together.