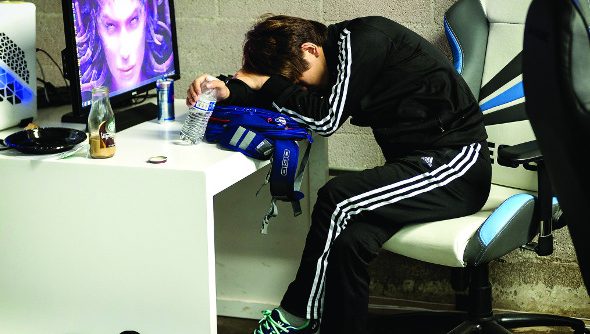 If you tune into any StarCraft tournament this month or next, you’ll note that everyone is playing on the same map pool we’ve had since midsummer. In fact, just last week, the DreamHack Open Twitter account reassured viewers that DreamHack winter would be decided using the Season 3 WCS map pool.

What’s striking about all this is that every single tournament organizer has rejected Blizzard’s Season 4 ladder map pool, which was compiled via fan vote from a list of StarCraft 2’s oldest and best-known competitive maps. While fans might wax nostalgic about the days of Daybreak and Ohana, the pro scene seems to be saying that the past is best left to memory.

The idea of the map pool itself is one of the things that distinguishes StarCraft from just about any other sport or eSport. Imagine if, for every season of NFL football or Premier League, they redesigned the pitch. Or if professional chess changed the shape and size of the board every few months. Or if competitive MOBAs rotated between a slate of 5v5 maps.

For all the novelty it would add, the different playing conditions would radically alter the outcomes as different skills and abilities change in relative value. That’s basically what happens in StarCraft every few months, as new maps are added to the competitive rotation and old ones are cycled-out. The best player in June might find that the game has turned against him in December, as new maps weaken his winning strategies and promote others. It’s one reason adaptability is probably the most important trait when it comes to a player’s longevity.

Ideally, the map pool shouldn’t give significant advantages to one race over another, or even a certain type of player over another. But that ideal is not always achievable, and every era of StarCraft has a map a or two that tilt to one side or another, or that promote bad competition. Besides, as the game itself changes, so does the relationship between players and the map.

So it’s kind of extraordinary that Blizzard decided to dust-off the old competitive maps and put them into Ladder rotation. Most of these maps were designed for Wings of Liberty, after all, and the playing conditions now are nothing like they were then. The Season 4 map pool tests whether map design can be truly timeless in a game where literally everything else has changed. But if you play StarCraft seriously, as a pastime or as a living, it’s a pretty big gamble.

“When I look at the map pool …I thought, ‘Well, people have figured out a lot of new stuff. Maybe they’re going to take all their new sensibilities and apply them to these old maps and we’ll see something cool,’” explained caster and analyst Sean “Day[9]” Plott. “

“But, alternatively, being someone who is now in game development, it could just break the whole fucking game.”

Jos “Ret” De Kroon is a Zerg player for Team Liquid, and he was pretty nervous about the upcoming changes to the ladder pool. While casual fans and eSports-watchers might delight in seeing old maps come back, these changes are little more problematic for serious players. Ladder play is how they spend a majority of their practice time, and a bad map pool can mean annoying and perhaps even unhelpful practice.

Ironically, before the fan-voting even closed, Ret identified two maps that he didn’t want to see come back under any circumstances: Xel’Naga Caverns (“That map is unplayable now”) and Shakuras Plateau (“Just a bad map”). Both maps are now a part of the Season 4 ladder pool.

Old maps also tend to run smaller, built for a time when StarCraft was as slightly more dynamic, aggressive game than it’s become in Heart of the Swarm. Heart of the Swarm features a lot more stand-off tactics and siege weapons than did Wings of Liberty. That’s one reason why modern maps tend to be so different.

“People wanted to create more interesting games by giving larger maps a try, and it did kind of change things. Because on the old map pool, it was starting to be all Swarm Host… and that was a common thing on the maps we see here,” he said. “So I think there was a conscious choice to try and open up big maps and see if it makes the game more mobile and see if it rewards more dynamic gameplay.”

Then Ret added, “But no one ever told me why we’re doing this.”

And that, more than anything else, might be at the root of why so many pro players have given the old maps such an icy reception.

Won “PartinG” Lee Sak, a leading Protoss player and the 2012 WCS champion, underlined this in his criticism of the entire “dream pool” experiment.

“Please excuse me when I say whoever came up with this idea is not doing it for the professional players and for the scene,” he said. “It may be a cool concept. And I am sure that the fans would react positively to the idea. But when this news was announced, I was shocked. I was shocked at how little consideration was given to the professional players and the scene, and how much this will negatively impact events that are happening in Season 4 2014.”

In StarCraft, the things people argue about are often stand-ins for other, deeper disagreements. The latest changes to the map pool are no different.

The decision to send StarCraft back in time touched on some other frustrations that players have had toward the map-making community and Blizzard’s role in selecting the playing fields for StarCraft. There is a recurring feeling that, in modern StarCraft, players’ results have become far too dependent on the luck of the map pool.

For players like PartinG, the Season 4 map pool is just another example of the way in which players’ views are ignored. 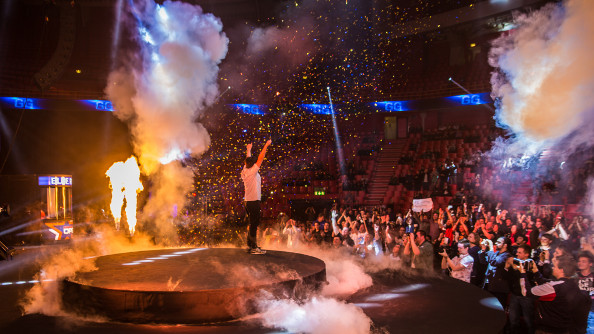 “The original game — and by original I mean Brood War — had brilliant map designers. Even at times when balance seemed a little bit off, map designers would work their magic in evening-out the advantages and disadvantages. However, I think many Starcraft 2 maps are more focussed on looking pretty. …Results are more or less heavily dependent on the maps. are more or less heavily depended on the maps,” PartinG said.

“There should be a close relationship between map designers and players,” he continued. “Unfortunately, the reality is that such communication …is non-existent. Therefore, I really do not feel like the situation is getting any better as far as maps are concerned.”

Axiom’s Kim “Heart” Min Hyuk echoed this sentiment. “Aside from its aesthetics though, the only ‘improvement’ I see from [Brood War maps] is Xel’Naga Watch Towers. I am having a bit of difficult time listing out exactly what [other] categories have improved,” he said. “Maps do look beautiful. But for the sake of making them look beautiful, many of the most important factors that make a map interesting are lost.”

The players have a point. The end of 2013 and the early part of 2014 were marked by growing Protoss supremacy in StarCraft, and a major part of their success was down to the maps that were in rotation at the time.

This is highlights another issue. Blizzard’s WCS system has always been a mixed-blessing for the competitive community. While it’s helped standardize pro StarCraft and puts every tournament into a broader annual competition, it’s also ensured that every problem becomes global, not local. Where the Korean GSL used to have its own, carefully curated map pool that was distinct from Major League Gaming or DreamHack, now everyone plays on the same maps at the same time. So when the map pool accidentally amplified the power of Protoss Blink Stalker play, the effect cascaded into every corner of pro StarCraft. By the start of Season 1 in Korea, Terrans had effectively disappeared from GSL. 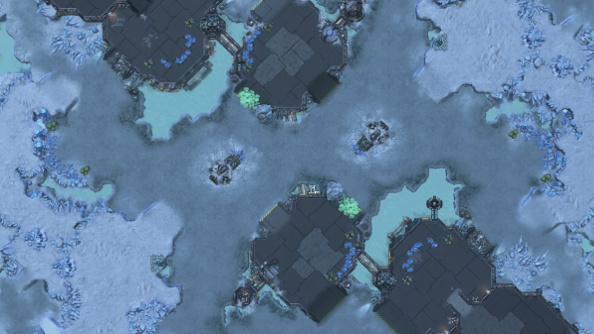 This kind of turbulence can have a huge impact on careers, especially for players who are not quite at the superstar level. While superstars might only see their results dip when the map pool becomes unfavorable, even elite players can see their earnings and position in the standings enter free-fall. The distance between first and second, and second and sixth, is vast in StarCraft.

That’s one reason players like PartinG just wish there was more consultation between Blizzard, map makers, and pro players.

“There is a need for debate and testing,” he said. “At the moment, it may not be how things are done, but, what I feel like is that a designer would speak to a player on his thoughts on the map and revise it based off of a [focus group]. One needs variety of feedback, not just from one person or something. Because it really shows when maps are released without proper testing from players, and proper feedback and revisions based off of players’ experiences.”

Since the Season 4 map pool seems to have been roundly rejected by tournament organizers during this post-Blizzcon period, the classic map pool likely won’t see much competitive use. Which means that fans whose fond memories of Cloud Kingdom and Metalopolis are due to GSL and IPL tournaments of yore are not going to get to see the pros return to classic battlefields. Instead, they’ll continue seeing games on the maps of WCS Season 3.

It’s unfortunate, because in many ways the classic maps were probably most exciting for eSports fans, for whom the old maps are associated with classic games from legendary players. It would have been interesting to see what the world’s best players would have done if they suddenly had to confront some of the oldest (and, yes, some of the most frustrating) maps in the game.

It’s ironic that in some ways, the entire dream-pool experiment has fallen victim to misplaced priorities. Blizzard’s doubtless correct that a lot of fans would love to see the old maps come back… but for the pro scene, not for ladder play. Meanwhile, tournament organizers are doggedly sticking to a map pool we’ve seen in rotation since the summer, despite the fact that there is no reason for them to adhere to WCS standards during the “off-season” that follows Blizzcon.

The audience that most would have appreciated the novelty of the dream pool will never see it in play, while the hardcore StarCraft community has been press-ganged into playing on the old maps on ladder. It is a strange outcome, but in a small way, one that reveals a lot about the tension and misunderstandings that often underlie professional StarCraft.