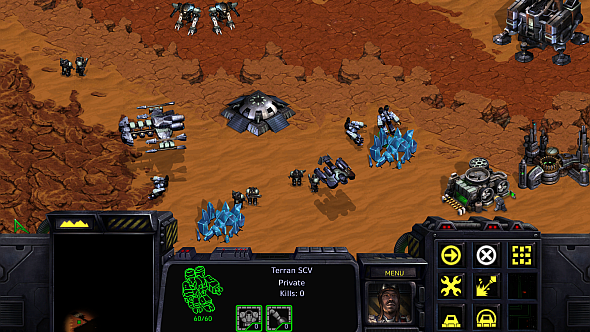 Since the announcement that StarCraft, Blizzard’s genre-defining RTS, was getting an HD remaster, the game’s official website has been counting down to release with a number of related features. The latest of these is by far the most exciting – StarCraft is getting its first official patch in eight years, and, better yet, is now entirely free for you to download and enjoy.

As one of the most eminent RTS games at the height of the genre, StarCraft’s DNA can be found in many of the best strategy games on PC.

So let’s come right to it: here’s the linkto download the game, and here are the patch notes, published earlier today, for what is now version 1.18 of StarCraft: Brood War. Notable changes include the addition of Observer mode, windowed modes (use Alt + Enter to switch between them), and a Popular Maps function to streamline finding games or game types. This is in addition to a range of UI improvements, bug fixes, anticheat capabilities, and menu behaviour when queueing for games online.

Unfortunately, it seems Blizzard have removed key rebinding, so you won’t be able to create your custom hotkeys. That’s pretty important, so we’d imagine it’ll get restored in a later patch. Team Liquid, who have followed StarCraft since 2001, go into more detail discussing the patch on their forums.

The StarCraft website, where the announcement was made, has a useful roadmap at the bottom of the page counting down to release with a number of updates following a roughly weekly schedule. Though we still don’t have an exact release date other than “this summer” for StarCraft: Remastered, we can surmise from this roadmap that it won’t come any sooner than May 12, when the sixth and final update is due to unlock. Next Thursday, on April 27, we can all look forward to a StarCraft Retrospective.