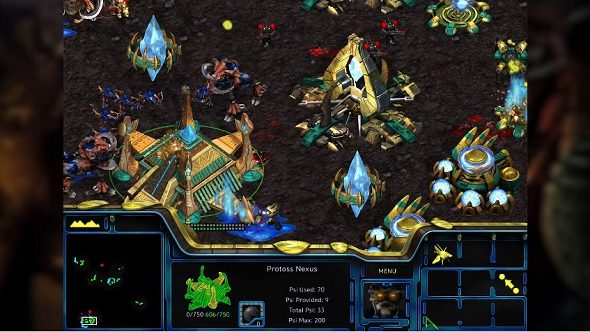 Rumours of a Brood War remake have been swirling around the ether for a while now, but Blizzard finally put them to rest last night. Announced at the “I <3 StarCraft” event in Seoul, Blizzard president Mike Morhaime revealed that the original StarCraft will be returning with StarCraft: Remastered. This remaster will include both the original StarCraft and Brood War campaigns, complete with enhanced 4K UHD visuals and re-recorded music.

For more classic strategy games, check out this list of the PC’s best.

Don’t worry, StarCraft’s trademark lightning fast strategy has not been touched, with this remaster using the exact same game engine as StarCraft 1.16. But with new mission interludes, improved sound effects and 1080p cinematics, StarCraft: Remastered will be a treat for the eyes.

Speaking to Team Liquid about creating StarCraft: Remastered, senior producer of Classic Games Pete Stilwell stated that “the gameplay is identical enough that old replays from 1.16 will play and work just fine” with the new remaster. If you have any ancient replays you want to share with a new legion of StarCraft fans, you better start diving through your old computer. Stilwell also stated that veteran StarCraft players will be able to “permanently link legacy accounts to your modern account” for online play.

While StarCraft: Remastered won’t be free, Blizzard have announced that the original version of Brood War will be updated in March, making it free to download so everyone can start learning how to play. Moreover, Stilwell announced that players can “connect and play, watch replays, or share saved games seamlessly between free Brood War and the SC:R upgrade,” meaning everyone can play the original StarCraft together.

As such, the other main area that Blizzard have overhauled with StarCraft: Remastered is its online functionality. It will have full Blizzard App integration, complete with cloud saves, streamer support, friends lists and an enhanced ranked ladder. StarCraft: Remastered will also have a matchmaking system, which will connect players of a similar rank from the same race together for matches. Chat channels and lobbies will still exist of course, meaning you can still throw down the gauntlet in all chat and see who takes up the challenge.

Blizzard have announced that StarCraft: Remastered will be launching sometime this summer. Check in on their official site for more details and start constructing those pylons in readiness.