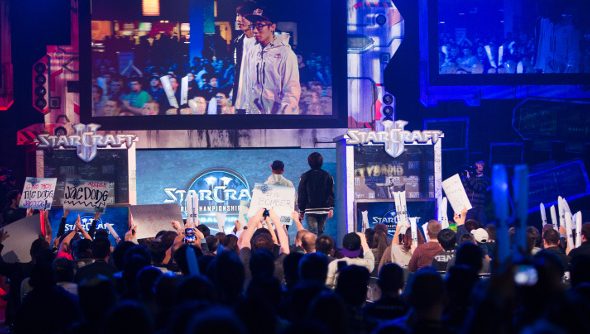 Here at the sharp end of the 2013 eSports calendar, we can start to see what the next year of StarCraft will look like. In the past few weeks we had the WCS Global Finals, the DreamHack Winter StarCraft 2 Finals, Red Bull Battle Grounds, IEM Singapore, and the finale of the World Cyber Games. It’s been a packed schedule, but also a diverse and entertaining one.

It’s also hopefully a sampling of what awaits us next year as Blizzard make some much-needed and long-awaited changes to their World Championship Series. If they bear fruit, we should have a 2014 competitive season that is easier to follow, more enjoyable to watch, and features a more diverse set of tournaments and players.

The World Championship Series has gone from tragicomedy to near-greatness since Blizzard first started trying to organize competitive StarCraft in 2012. The hiccups that undercut the 2012 championship in Shanghai are largely gone, and the poor organization and production that defined the early 2013 season have been solved. WCS 2013 succeeded in one of its primary objectives: unifying global competitive StarCraft with consistent production and broadcast standards.

With these issues in mind, Blizzard have made dramatic revisions to how WCS will work in 2014. They’ve introduced a sort of soft region-lock, reserving spots in both the American and European divisions for players from particular areas outside Korea. The hope is that these reserved positions in the Premier League will help regional competitors stay relevant, so that the highest level of WCS is not so transparently an all-Korean affair.

They also plan on cutting the WCS broadcast schedule down to two broadcasts per division per week, meaning we shouldn’t have any more of those awful marathons where the European and American division were playing back-to-back three or four days in a row. They will also not be broadcasting Challenger League games, which took up a tremendous amount of broadcast time and sometimes gave the impression that the WCS was a neverending eSports purgatory from which no one could ever escape.

I’m sorry. I had a rough summer. The scars are still fading.

The reduced broadcast load, with six weeks between seasons and no more seasonal global finals, should also open the eSports calendar up so that we get more events like DreamHack, IEM, and Battle Grounds. With luck, we should also see more regional events like SHOUTcraft, where rising stars in less globally competitive territories can get some tournament experience and exposure. With WCS points being more liberally awarded at “WCS Global events” (think DreamHack or IEM events), it should also ensure that non-WCS tournaments can draw better attendance from points-hungry WCS competitors. A cloud for every silver lining

On the other hand, as Greg “IdrA” Fields pointed out in an opinion piece over at OnGamers, Blizzard’s changes may not be quite as far-reaching as they appear. The soft region lock is mightily undercut by the the fact that Koreans already competing in Europe and America can continue playing there unimpeded.

As Fields put it: “Now instead of watching mid-level Koreans compete with each other, occasionally producing good games even if the players themselves weren’t very personable, we’ll get a handful of Koreans who were lucky enough to get grandfathered in from last year bashing on the non-Koreans who now get to progress a little bit further before getting knocked out.”

On the other hand, WCS has to serve many interests. While regional pros are desperate for prize money and exposure so they can invest in their careers, there are a lot of StarCraft 2 fans who simply do not take tournaments seriously unless they allow the very best players to compete. I’ll admit that, for my part, my interest in a tournament is directly related to how many star players are in the lineup. It is the Bombers, TaeJas, and Soulkeys of the StarCraft world who keep me coming back, staying awake late into the night to watch their games.

It wasn’t the North American StarCraft championship that made Scarlett a superstar: it was her steadily improving performances against elite foes over the course of 2013. Blizzard are attempting to find a compromise solution between two competing interests in the StarCraft community and, like any good compromise, it has left many people discontent. But the fact remains that StarCraft fans want both the best players and local heroes to be competing for major championships, and the 2014 system maybe the be the best way of arriving at that. 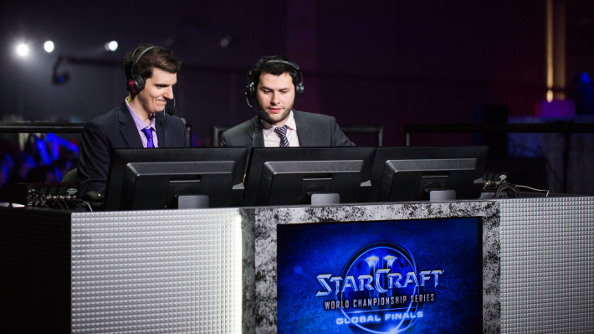 More worrisome, to my mind, is the fact that KeSPA / OGN are nowhere in Blizzard’s 2013 plans. GSL is now the Korean individual StarCraft tournament, which is good news for fans of Nick “Tasteless” Plott and Dan “Artosis” Stemkoski, but raises concerns about the overall future and health of StarCraft in Korea. While I vastly prefer GOMTV’s StarCraft production, KeSPA and OGN were the heart of progaming in Korea for a long time. It’s possible StarCraft will be as healthy without them as it was two years ago before the KeSPA switch, but it’s hard to see OGN’s retreat from StarCraft so soon after the transition from Brood War as a good sign.

There is one thing that none of Blizzard’s plans seem like they will be able to do: identify a “true global champion”. Increasingly, that seems impossible in StarCraft 2, and I’m not sure what that says about the game. Kim “sOs” Yoo Jin was on top of the world for all of two weeks before losing to Won “PartinG” Lee Sak at Red Bull Battle Grounds. At DreamHack, sOs didn’t even come make it to the winner’s bracket. In some ways, StarCraft looks a lot like the NFL: few champions endure at the top. All a tournament can really tell you is who was best on a given weekend.

The WCS was designed, in part, to settle these debates. It takes up the entire year and pits the best players against one another. But what it yielded was yet another world champion who couldn’t sustain his success. There is something about StarCraft 2 that precludes the rise of Serena Williams or Garry Kasparov-like figures, and in a sport built around individuals and their skills, that may hint at deeper issues than a tournament structure can fix.

Still, it’s hard to be truly pessimistic about StarCraft right now. Its days as the biggest eSport are behind it… but eSports are growing overall and StarCraft still posted good viewership numbers this event-packed weekend. It’s undeniable that from 2012 through much of 2013 there was a glut of StarCraft events, and it’s probably for the best if a few event organizers step back from the game.

IEM Season VIII and DreamHack have continued to prove that StarCraft has a brilliant future outside WCS, and hopefully then next year sees more events for up-and-coming pros, not just the top fifty names on the global rankings. Blizzard’s plans for 2014 set the stage for a healthier StarCraft scene overall, and should also make each of its three divisions easier to follow and more relevant for StarCraft fans. If 2014 looks anything like the last month of pro StarCraft, it should be a tremendous year.