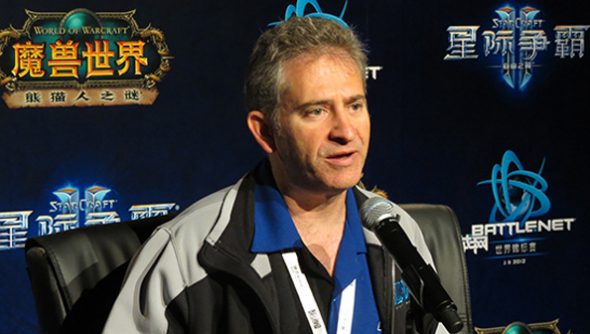 One of the current questions and arguments that surrounds eSports is the role of free-to-play in growing the eSports community. On the one hand, there’s the belief that free-to-play games, with low barriers to entry, are better placed to grow and accelerate community growth.

On the other hand, there are the games that aren’t free-to-play that are doing just fine, thank you. Like Starcraft II.

We had a chance to sit down with Blizzard CEO Mike Morhaime at the recent IPL event. We asked him about the argument: that to maintain the long-term viability of a pro-scene, games should head towards a free-to-play model.

Fending off these types of questions is turning into a frustrating exercise, says Morhaime. “It’s a little frustrating the question keeps coming up because the math just isn’t there to support the assumptions behind that argument.”

His response? Free-to-play doesn’t offer the kind of value you get from a boxed copy of Starcraft II. “Starcraft II has the most value of any entertainment property out there,” says Mike. “I mean, jeez, if you bought it during Black Friday, it was 50% off, 20 bucks. Compare that to the price of your so-called free-to-play games. Twenty dollars and you can play it practically forever.”

Inevitably, says Mike, it’s down to what the players want. “There are a lot of people who have purchased Starcraft and our other games, and they know what the value is.”

The question of whether Starcraft II could or should go free-to-play has been brought up before: at the recent Valencia eSports congress Dustin Browder, Starcraft II’s lead designer said that the Blizzard team “were looking at free-to-play as an option for the multiplayer.”