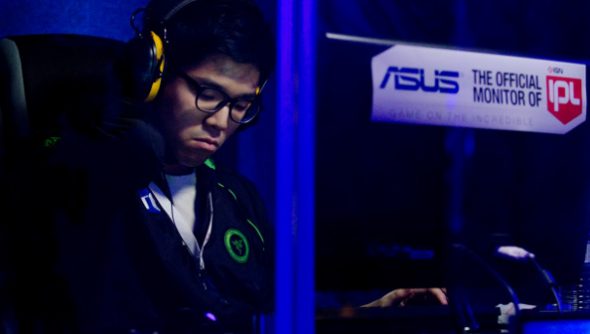 For a long time, 2012 looked like it was Park “DongRaeGu” Soo Ho’s year. A streak of wins and podiums in late 2011 established him as one of the strongest Zerg players in professional StarCraft 2, and he quickly made a bid for dominance. He won a GSL title in March, then started one of the best rivalries in the sport as he battled Lee “MarineKing” Jung Hoon at four MLG events, finishing second to MarineKing at the Winter Arena and Championship before getting two first place finishes of his own at the Spring Arena and Championship. He was a fixture in championship brackets, the undisputed master of the Zerg, and it seemed like he might be on his way to being the best StarCraft 2 pro in the world.

Since then he’s struggled. His GSL performances have been inconsistent, with some surprisingly early eliminations from Code S, and he got nowhere in the World Championship Series. He did make it to the GSL semifinals in July, and took second in the OGN Starleague StarCraft 2 tournament behind Rain. But dominance has eluded him since the summer.

I had a chance to talk to him after the GSL Final on Saturday night, where his teammate Sniper (sometimes called Little DRG) took the championship in a seven game series. DRG was in the midst of a strong IPL performance that would see him make it to the loser’s round of eight before being eliminated by Bomber. It was a good result, but a far cry from where he’s started the year.

I asked DRG about his relative slump, and whether it’s something that worries him. He admitted that it did, although he’s feeling more confident these days.

“At first I was very worried because I had great confidence in myself, and I thought that if I always played in my own style, then I would always be able to win,” he explained. “But the trend has been changing since then. I was not able to adapt very well as I kept playing in my own style. Nowadays I’ve been trying to adopt other styles from other players and it’s been very helpful. I can see myself improving. And I think if I keep up this way, I will be able to do much better in the future.”

DRG is unusually frank for a StarCraft 2 pro, perhaps because at 21 years of age he’s already a veteran by the Ender’s Game-standards of progamers. He’s had time to adjust to the spotlight and mature as a champion, while many of his younger peers can seem overwhelmed by the attention. He doesn’t speak in vague sports cliches, but talks like someone who is always thinking seriously about his career and the state of play in StarCraft 2.

He’s not worried about his age, or whether his weaker results in the latter half of the year herald deeper problems. “I think I’m still fit. I think the biggest reason that players start to worry as they get older is because their hands become slower. But in my case, I still feel that I’m competitive when it comes to control. I think I’m on par with the younger players, if not faster.”

The real issue is that since he enjoyed his string of successes in late 2011 and the first half of 2012, DRG explained, there have been a number of changes to the StarCraft 2 metagame that caused him problems.

“So if I describe it by race, in ZvZ, before, it was a set metagame that people tended to stick to. But nowadays, there are more varieties of builds. So micromanagement and engagement have become much more important than in the past. As for ZvT, before, you tried to win when you had a Lair. But now it is essential that go all the way to the Hive. As for the Protoss, you used to concentrate on Banelings and Roaches. Nowadays it’s more centered on Infestors.”

As one of the strongest Zerg players in the world, a master of the macro game and an increasingly potent micromanager, I asked DRG whether he feels the Zerg are genuinely imbalanced, or whether the rest of the pro-StarCraft 2 world is just having trouble catching up to the new metagame.

“I somewhat agree with both opinions,” he admitted. “I do feel that other players have not been successful in adapting to Zerg style, but if you assume players of the same skillset play against one another, the chances should be fifty-fifty. In case of Zerg, it’s almost certain that the Zerg player will win.”

DRG isn’t the only player who has lost momentum over the course of 2012. Most notably, MarineKing and Stephano have both shown marked downturns in their results after enjoying near-supremacy in non-Korean tournaments. DRG thinks they suffer from an affliction common to successful players, the same one that troubled him: overconfidence in a single, personal style.

“It’s very similar to my case. If I see MarineKing’s play, I can tell he’s way too confident with his style. Refuses to adapt new styles. But I think if MKP does adapt to other styles, I am confident that he will go through the ceiling. …As for Stephano, somewhat like myself or MKP, he’s too firm with his style. He needs to adopt a more diverse style to become a better player.”

Ironically, just a day later, Stephano went on a tear through the Korean team during the GSL World Championship, taking out nearly the entire team including DRG before falling to Squirtle, perhaps signaling that Stephano’s brief slump might be nearing its end.

DRG had also just won an exciting three-game series with Sasha “Scarlett” Hostyn earlier that day. Scarlett is one of the more popular Zergs in StarCraft 2 right now. Her results are inconsistent, but she often shows flashes of brilliance that lead many to believe she’s ready to emerge as one of the best Zergs in the sport. DRG thinks she’s close to having that moment, but her ZvZ is holding her back. In his two victories against her, he’d caught her out with early Zergling-Baneling aggression that she could delay, but not successfully defend.

“If I analyze Scarlett’s play against Terran or Protoss, I think she’s fully up to day with the current trends, and she knows what to do. If you look at her ZvZ, she tends use only mutalisk builds, and if she used other units such as roaches or infestors or other builds, I think she can become much greater.”

Few practicing StarCraft 2 pros have played Heart of the Swarm. Staying current in Wings of Liberty is a full-time occupation, but DRG has definitely tried to keep tabs on it. He’s a bit worried about how the pro game will change, but what he hears makes him confident about how he’ll fare in 2013.

“Of course I’m somewhat afraid of change, anyone’s afraid of change. But I heard from my teammates who do spend time on Heart of the Swarm that the fundamental of the game is the same. There isn’t a great change. So I think if I keep myself up with the micromanagement, I think I’ll be able to adjust well.”