The first Heart of the Swarm MLG championship concluded in Dallas this weekend, with Korean Zerg Lee “Life” Seung Hyun taking first-place with a 4-2 victory over Terran StarCraft legend Lee “Flash” Young Ho. In addition to the $25,000 grand prize, Life also had the distinction of becoming a back-to-back MLG winner, having won the 2012 Fall Championship as well. As this was the first Heart of the Swarm MLG, we were watching closely to see what trends and changes showed up in this high-level competition.

Terrans may have transitioned to Heart of the Swarm more enthusiastically than any other race. While Zerg were mostly sticking to Wings of Liberty strategies with a few twists thrown in, and MC was the only Protoss who really seemed to know what was going on, Terrans embraced their upgraded Medivacs and new Widow Mines wholeheartedly.

The Medivacs were particularly powerful because their improvements simply make them more effective at the drop and harassment tactics Terrans have already been using throughout Wings of Liberty. Thanks to the Afterburner, Terran Medivacs can spring along the map edges and threaten several different mineral patches almost simultaneously, or they can save their boost to get out of trouble quickly. With drops being both more effective and less risky, Terrans saw a huge boost to their win rate this weekend. 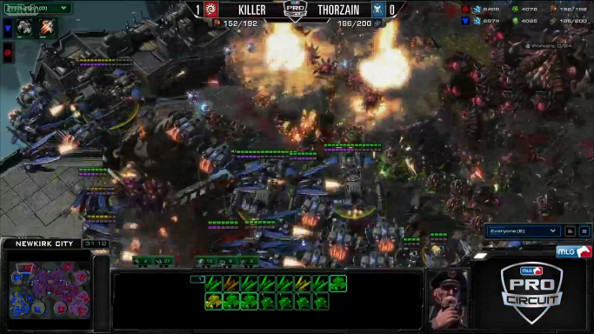 It seems likely there’s going to be a big push to nerf Terrans or buff other races to bring the game back into balance, but given how the later rounds of the tournament played out, I’m not so sure Terran is overpowered so much as unexpected. On Friday and early Saturday, Terrans were taking out bases with impunity, but as the tournament continued those drops started getting cleaned up and Terrans were facing more pressure in general, denying them the freedom to get too drop-happy. The Medivac may still be a bit too powerful, but I kind of want to see another tournament before any drastic balance changes happen.

You can argue over which race had the worse tournament, Zerg or Protoss. Zerg ended up winning the entire tournament, but only a single Zerg made it to the Round of Eight, where there were three Protoss (MC, PartinG, and Rain, three of the best Protoss in the game).

But of those three, MC seemed like he’d come the farthest in adapting to Heart of the Swarm. He wasn’t shy about saying so, either, saying in a stage interview that other Protoss were playing Wings of Liberty while he was the only one playing Heart of the Swarm. His final placing, fourth, might make us take that with a grain of salt, but nevertheless he had a very good tournament run, culminating with a sweep of Bomber and a zero-casualty Game 3 victory.

What MC figured out better than any other Protoss was the incredible early-game harassment potential of the Oracle. While the Oracle was positioned as a sort of recon unit, MC skipped right past that and used them extensively as raiders against Terran workers and Marines. And here’s the thing: the Oracle has just enough firepower to brush aside the handful of Marines most Terrans start out with. MC’s Oracle raids against Terrans snowballed very fast, and played a decisive role in his victories over Bomber and Mvp.

Life didn’t so much adapt to Heart of the Swarm as much as he continued to be the singular, terrifying Zerg rusher he is. He struggled a bit against Polt and Last, but still successfully denied them drop play and dictated the flow of their games. He utterly crushed MC with early-game Zergling and Baneling aggression, and forced Flash into a playing a much more conventional TvZ that didn’t really take advantage of Terran improvements in Heart of the Swarm.

Life seems to exist almost apart from the whatever is the current meta in StarCraft. He can go to Brood Lord / Infestor, but that’s his composition of last resort and along the way to the endgame he’ll dominate the map with creep, multiple raids by lings and blings, and quickly clean up any drop pressure. One new tool he did make use of was the Viper and its Abduct ability, which allowed him to counter Terran Medivac play by dragging the speedy buggers to their deaths.

Recovery is a blessing, but…

The good news is that Heart of the Swarm seems to obviate the need for competition-damaging regames due to dropped connections and hardware failures. We saw a number of games hang over the course of the Winter Championship, but we got all of them back after an intermission and a recovery. And if recovery fails (which it didn’t this weekend), it sounds like there’s redundancy in the form of resume-from-replay, which allows players to take command at any point during a game replay. 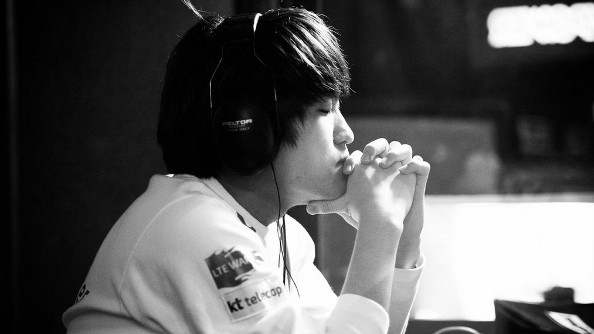 However, we also saw a lot of these recoveries over the course of the MLG weekend, and each one led to a long wait while the technical issues were sorted out and the recovery game was set up. While I’m thrilled that we no longer have to worry about losing great games to technical failures, that redundancy isn’t an invitation to run a dodgy network setup. Whether the issues were with Blizzard, the internet connection at this Dallas venue, or the competition gear that MLG supplied, there was far too much downtime at the Winter Championship. We didn’t lose any games, but we did lose time, pacing, and some drama.

That said, MLG really seem to have stepped up the quality and practicality of their broadcasts this year. While I miss the slick MLG streaming frontend, with its many split-screens that could turn your monitor into a broadcast control booth, I don’t miss the laggy unreliability of Own3d, or the laughably low-res free streams. I watched the entire tournament on the ad-supported 720 Twitch stream and it was a fine experience. I’ve always thought that with their championships and Arena events, MLG did a good job of giving subscribers their money’s worth, but at least now there are good free options for more cash-strapped fans to enjoy.

Beyond the improved Twitch stream and free options, MLG’s broadcast itself was up to their usual high standards and featured a few familiar flourishes, like the slick GSL-style map introductions. The one thing I’d like to see is even more extensive use of the analysis desk, because some of these matches unfolded so blazingly fast that it was hard to work out exactly what each player had done to decide the battle. There was plenty of downtime for some more in-depth replay analysis, so hopefully in the future we’ll see more of it.