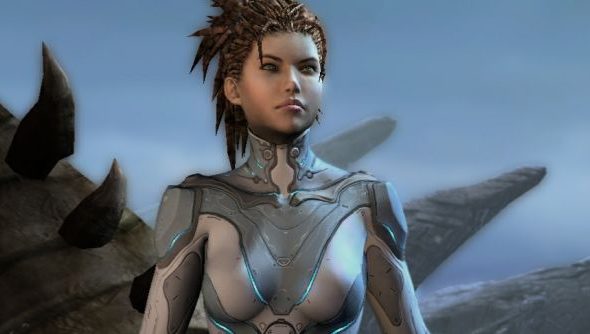 We’re not here to encourage you to gamble on the likes of StarCraft 2 and DotA, but if we were we’d encourage you to visit GosuBet. It’s a completely free eSports betting system, and it’s rather ace.

Since time immemorial there has surely been gambling. When Caveman Ugg hit Caveman Grugg with a stick, you can be sure Caveman Fugg was operating a nicotine-stained shop nearby giving out unfair odds and reaping in profitable rocks. The Romans would place bets on gladiatorial combat to win grapes and other stereotypical Roman commodities.

Fastforward a few millennia and the world’s second oldest profession has entered the eSports arena. There’s almost an unwritten rule that a sport is only a sport if people can gamble their life savings on it, rather than the level of sweat congealing on the participants. StarCraft 2 is the ideal eSport for gambling – its high-stakes tournaments attract up to eight million viewers, and match-fixing is pretty much unheard of.


eSports have already attracted internet betting shops. GGBet allows gamblers to plough real cash into StarCraft 2 matches. eSBL adds League of Legends to the roster. But both sites seem a little dodgy – we’re not sure we’d trust our funds to a site that crashes Chrome as soon as its loaded. The other problem with gambling is that the odds are always, always in favour of the bookmakers.
Enter GosuBet. Part of the well-established GosuGamers eSports network, it keeps the fun of betting without the risk of losing your house or wife. No money’s involved, so it’s a nicer and safer way to gamble. It’s also every bit as fully-featured – if not more so – as commercial sites.
It’s not just limited to StarCraft 2 – DotA, DotA 2 and WarCraft 3 all have affiliated GosuBet pages. Virtual gamblers begin with 50 StarCraft minerals, 50 WarCraft gold, 50 DotA tangos and 50 DotA 2 branches to spread across matches in each game. Odds affect how much you win or lose, and at the end of each season the overall winner might even be awarded with a prize.
A nice touch is that you can reset your funds to 50 of each if you’ve gambled on Protoss when you should have gone for Zerg. If only real-life gambling worked like this. And credit cards. And women.
We could certainly see GosuBet introducing real-money gambling in the future – the infrastructure’s already there, and no one’s ever said no to more money. For the time being, though, it’s an enjoyable way to get slightly more involved in those monumental StarCraft 2 matches.
{"schema":{"page":{"content":{"headline":"How to gamble legally on StarCraft II","type":"news"},"user":{"loginstatus":false}}}}