The moments after a closely-contested sportsmatch always find me feeling shipwrecked. Like a spell has been broken, the fever-pitch intensity melts away. A place that was invested with meaning and excitement turns back into a large arena full of empty seats, stage lighting, and discarded cups of beer and coffee.

Walking back through the crowd at the WCS Finals at Blizzcon, moments after Lee Jae Dong had just beaten a strongly-favored Baek “Dear” Dong Jun, I couldn’t stop pondering the meaning of what I’d just seen. It wasn’t the end of the tournament, there were two semifinals and a final left to play. But I also knew that, barring a miracle, their five game series was the best and most important thing I’d see at Blizzcon.

Looking around the thinning crowd at the people waving their arms as they tried to describe the motions of the Protoss and Zerg in the air in front of them, nothing audible except the occasional, “JAEDONG” and fits of laughter, I couldn’t get over how profoundly personal a moment it had been. At the highest level of any major competition, you see different human qualities blown into enormous proportions. Sports are like cutaway glimpses into hearts and minds, and for the StarCraft fans who had followed Blizzard’s WCS throughout the year, there was far more happening in that series than just Zerg vs. Protoss.

If I had to explain to my parents what I saw last Friday in the WCS quarterfinals, I’d tell them about how Jaedong was one of the very best players at a game that effectively no longer exists. How he was forced to take skills painfully earned over years of training and competition, and adapt them to a very different sort of game, where other players had a long head start on him. How he looked washed up when he started, another Brood War master being shunted into obsolescence along with the game he’d mastered.

Sports stars figures have to deal with mortality more immediately than most of us do. Few of us have the things we love taken from us by the time we’re thirty or thirty-five. But in a lot of sports, skills become outmoded at a shockingly young age, and players are thrown out of the lives they’ve chosen. Eventually, they are all told that it’s time to move on, and for most of them, that moment comes far sooner than they wish.

Players like Jaedong battle inevitability every time they step onto a stage. The narratives are always waiting in the wings: The disappointments that turn into slumps that end with irrelevance and retirement. Esports careers, in particular, tend to end with ellipses rather than exclamation points. 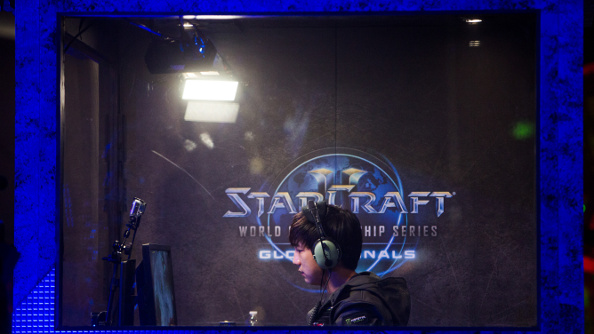 Watching Jaedong take on Dear the Protoss player who had won the last Korean WCS season as well as the Season 3 Finals, was watching determination and experience personified. Just to get there, Jaedong had had to go through a very public struggle to learn a new game and then adapt to competing against its top players. To survive in his battle against Dear, Jaedong needed to have complete faith in his own judgment.

Because at first, he had every reason to question it. The series took on a nightmarish cast as Jaedong jumped out to an early lead, then lost the second and third games despite seeming to have commanding positions in both of them. For all Jaedong’s skill and understanding of the game, Dear was finding ways to defeat the Zerg legend.

Comebacks are tough to pull off in a StarCraft series. The leading player can afford to waste a game on a high-risk “cheese” strategy that will almost guarantee a victory if the trailing player doesn’t discover it. Yet just guarding against these kinds of maneuvers incurs an opportunity cost. You can brace yourself for an early attack, and then fall behind simply because the other player was able to start building up for a longer game. Once you’re on match point, as Jaedong was, there are a multitude of ways to lose.

But somehow he tied the series in the fourth game, and then played one of the most tense deciding matches in StarCraft 2 history. 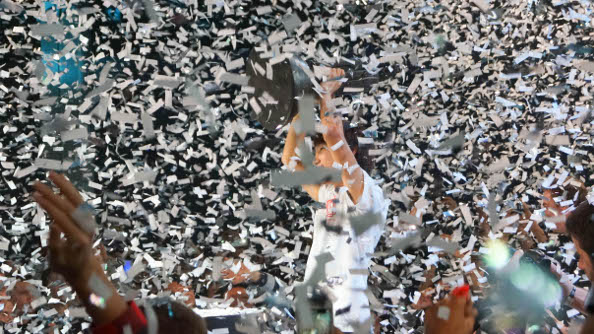 Watching StarCraft 2 is interesting because you have perfect information. It’s an odd, distorting lens. As spectators, we know what threats are taking shape on the map. We know which way a fight will likely go between two armies, before it even happens. But the players are inferring, not seeing. They scout, yes, but they catch only fleeting and intermittent glimpses of what their foe is up to. They need to be able to extrapolate based on a whole variety of factors, and make the correct deduction. Get it wrong, and you can have the exact wrong units in the wrong place at the wrong time. There’s no coming back from that.

Because of this, StarCraft can be like watching a Hitchcock movie. You are L.B. Jeffries in Rear Window, knowing the killer has returned and powerless to tell his soon-to-be-victim to get the hell out of there. Instead, you watch them blithely continue on as normal, not knowing the sand is running out of the hourglass. It’s an exquisite tension, unique in sports, probably the single most exciting thing about eSports like StarCraft and League of Legends.

In their final game, Dear planted a Pylon near Jaedong’s base. Because the Protoss can warp new units in at Pylons, they can suddenly appear in force at an opponent’s base from an unexpected direction, break through the defenses before his army can respond, and then warp in too many reinforcements to be contained. Dear had very cleverly concealed it on some high ground, behind some scrub brush that blocked line of sight. Jaedong had no idea he was about to be overwhelmed… but his spider sense must have started tingling.

Inference works both ways. Sometimes it’s the dog that didn’t bark. At a high level, players expect certain things of one another at certain times. When they don’t happen, they have to very quickly figure out why they aren’t happening. Jaedong probably knew he should have been feeling some pressure, yet everything was quiet. He was pretty much able to roam the map at will. That got him to go looking around for a hidden trap, and with only moments left, he spotted the Pylon and destroyed it.

But Dear still had a scary army. His timing was thrown off, but he still had numbers and composition on his side. He marched it across the map, then re-planted his Pylon for the follow-up reinforcements. Jaedong might not know it was there and, even if he did, Dear might have the firepower to break through regardless. Dear had a perfect composition for breaking Jaedong: Stalkers, Zealots, and Sentries, and he knew Jaedong was stuck on Roaches and Zerglings.

The linchpin of Dear’s army was the Sentry. Stalkers provide the ranged firepower and maneuverability thanks to their short-distance teleportation ability. Zealots provide huge DPS. But the key in a fight with a simple ranged cannon-fodder unit like the Roach was the Sentries. They can cast large, impenetrable Force Fields that temporarily change the terrain of the battlefield. Against a unit like the Roach, they can throw up barriers that leave most of the Roaches just out of range, unable to contribute firepower while their comrades are killed off piecemeal. Good Protosses can easily, easily do this against Roach armies, because they require so much space to make their numbers count.

Jaedong had a losing composition in too few numbers. In a straight fight, he’d get picked apart. So he hid his army at the entrance to his base, burrowing he Roaches below ground and hoping, hoping that Dear would step onto the living minefield. Everything came down to this. If Dear spotted it using a detector unit, he’d slaughter them. But if he didn’t, Jaedong could have the Roaches surface in the middle of Dear’s army where the Sentries couldn’t do anything except take punishing, point-blank fire.

As he approached the kill-zone. You could see Dear hesitate. He suddenly didn’t know where his opponent’s army was. Would he stop and check his line of attack? He paused. Let his trailing units catch up, checked a flank.

Jaedong, with his target practically on top of him, did nothing. He trusted his read of the situation, trusted that Dear would move into the perfect position for Jaedong’s surprise attack, not just a good one.

Dear gathered up his forces, then committed everything.

The footage doesn’t do it justice. I can’t tell you how loud it was on the show floor, how I didn’t even hear the last minutes of the match of the casters’ voices booming over the sound system. The moment the Roaches surfaced, a room full of thousands of StarCraft fans just erupted in wild screaming, then chants of “Jaedong!” as his army cleaned house.

It gave me chills.

Because here is what I relate to, more than the game, more than being a part of a community of StarCraft players and eSports fans: I relate to seeing someone choose his moment to risk it all, to silence the doubts in his head, to risk failure and defeat in front of thousands, to prove his best days are still ahead of him.

The ultimate results are almost beside the point. Jaedong ended up finishing second in the tournament, but that’s not what matters. Champions have no sooner carried the trophy away from the stage than they are already thinking about how to win another, about how to take their guaranteed spot in history and enlarge it. As Team Liquid’s Kwanghee Woo wrote the other day, the idea of “the best” is largely a fiction in StarCraft 2. An eSports career is a process, and difficult to measure. A single tournament, even one as rigorous as the WCS, can only really tell us who was best for two days in November.

But that’s not what really matters, in StarCraft or any other sport. We get the privilege of watching someone being tested to the utmost of their incredible abilities, to witness people subjecting themselves to incredible hardship and pressure.

What I will remember forever, long after I have forgotten who won the 2013 WCS title, is those final moments before the end of the game. When Jaedong found all his confidence, insight, and calm and waited for his moment.