We’re all agreed that player narratives are the icing on eSports’ cake, right? The sponsor-strewn polo shirt atop its skinny teen genius? StarCraft 2 in particular has produced some of the finest real-life character arcs of the last few years – take IdrA’s self-destructive trolliness, or Stephano’s tale of rags, riches and higher education.

We know this. So an interactive visual novel about a StarCraft pro-gamer makes an indisputable sort of sense. You can decide whether you like the reality or not for yourself.

In SC2VN, a Westerner moves to a “fictional South Korea”* to break into the professional StarCraft 2 scene there. The novel details the minutiae of that struggle, as well as the pain of leaving behind family and familiarity.

“We drew from events and characters that are familiar to ourselves and the player audience, though their depictions are entirely works of fiction and parody and are not meant to accurate in the slightest,” writes Young.

“SC2VN began as an idea when I contacted Vogue (known for his witty SC2 videos) after I saw his SC2 Dating Sim parody video and [saw] how well it was written. What seemed like a funny joke turned into a motivated project to try and create a game that could be legitimately be based on the experiences of aspiring progamers in esports, and to also make an awesome game.” 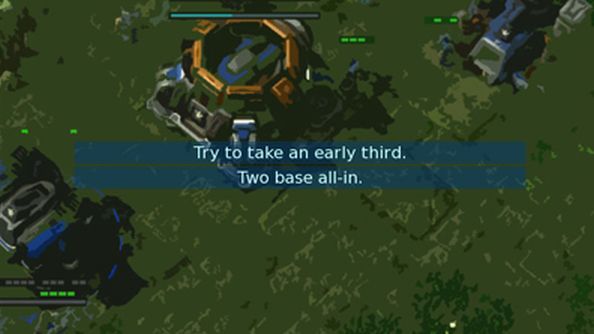 The game functions in the usual fashion of these things: you’ll click through scenes to advance the storyline, and make the odd decision to demonstrate your agency and affect the outcome of the game – in this case, helping your character make in-game tactical decisions that’ll win matches and increase his ladder ranking.

SC2VN currently exists only as a proof of concept pre-alpha demo, so it’s a little lacking in branching pathways. Also length. But once the team have gathered feedback – and hopefully enough praise to last them through development – they plan to get to work on a full-length version.

You’ll be pleased to hear that the demo contains absolutely no nudity and is therefore SFW – something I suppose you have to say upfront about interactive novels. Sigh. You can download it for PC or Mac from Team Liquid.

Let us know how you get on, won’t you?

*Funny – could’ve sworn I remember one of those existing in our world.