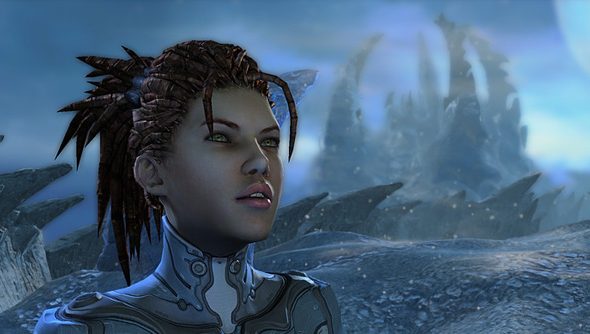 Starcraft 2’s next major patch has been playable on the Public Test Realm for almost two months now but it’s finally ready to be released to everyone. Next week sees Starcraft 2 updated with enhanced clan support, extension mods, and other extras like the original game’s soundtrack.

Blizzard outline the release schedule in a blog post as so:

The staggered release will affect players who take part in global play. If you play on a European server you will have your game patched to 2.1 on Tuesday and you won’t be able to play on the Oceania server until it’s updated on the Thursday.

2.1 brings a number of changes, from big to small. Including new levels (of the XP kind, not the map kind). With those new levels are new avatar unlocks to be had. They’re adorable takes on the three races:

Clans are being developed further, too. You can now create clan events and select a club icon to give your clan a little flair. There are clan only decals, too, giving your troops on the field a little more character.

The original Starcraft’s sountrack is being added to the pool of tracks in Starcraft 2, meaning you’ll have tracks from 15 years ago filtered down your headset from time to time.

The new extension mods “will allow you to develop a mod containing a set of parameters that can be published to Battle.net and applied to any StarCraft II melee map by any player,” write Blizzard. “Long gone will be the days where you need to set up each map you want to use with your custom mod and publish an individual, unique version of that existing map.

“As a player, you’ll now be able to use Extension Mods to play your favorite game modes on any StarCraft II melee map, completely changing the way you play. The kinds of modifications that are possible are virtually endless; they can range from build order trainers to unit testing sandboxes to adding completely new races.”

Nothing vastly new then but a development of many features already present in Starcraft 2.