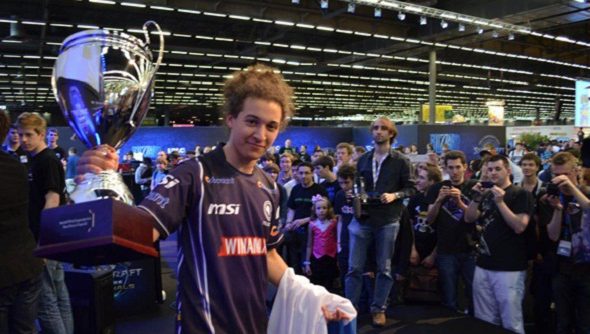 Stephano has once again proved his worth at the North American Star League by beating Alicia for gold, winning a $30,000 cheque following his stellar performance vs. the highly regarded Korean Protoss.

Alicia – who came in at an impressive second to DongRaeGu at the MLG Spring Championship 2 didn’t win a single game in the series as Stephano took all four maps and ultimately, the first place trophy.

Ohana – the map for game one – accommodated a four base army set-up for both players that could have resulted in a legitimate win for either race. Events for the Protoss however, took a turn for the worse as Stephano’s army overwhelmed and won.

Games two, three and four played host to Stephano’s classic Roach and Ling attacks that were executed so precisely that Alicia was unable to defend. Four maps, four consecutive triumphs and one top spot. Both the day and the tournament were won.

Stephano, in a post-game interview, was asked who he thought he had to beat to prove “undoubtedly”, that he was the best in the world – “I’m already the best.” he declared.