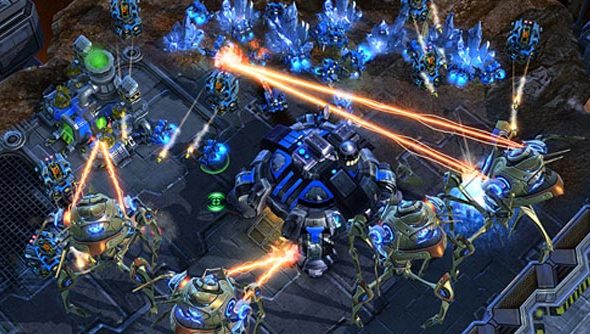 We wrote recently about the new clans and groups functionality that Blizzard are bringing to Starcraft 2: Heart of the Swarm and retroactively to Wings of Liberty in the 2.0.2 beta patch. Since then, Blizzard have detailed how the groups will differ from clans; how the groups are a more casual social collective than clans, with a focus on social interactions not competitive ones.

Writing in a blog post over on the forums, Blizzard community managerAldrexusays “we anticipate that some people will use them interchangeably at first” but “our development focus on the Clans feature will be to add more competitive features, whereas Groups will remain geared around casual social interactions.”

To that end, Aldrexus explains”[t]he Groups feature is a way for you to meet and interact with otherStarCraft IIplayers who share common interests. Accordingly, when you create a Group, you’ll select a category that best describes the type of Group you are creating. These categories include topics such asBarCraftfor Groups that are interested in finding and keeping in touch with friends they’ve made at BarCraft events,Strategy and Coachingfor Groups that are looking to share their favorite strategies and helping others improve their play, and many more. Once the Group is created, others will then be able to search for the Group by name or browse through the Groups by category.”

The major, clear difference between the groups and clans is that “[w]hile you are only able to join a single Clan, you can join many different Groups. Additionally, a nearly unlimited number of players can join a Group.” A move designed to encourage joining new social circles without much commitment, if there were a number limit on either the number allowed to join a group or the number of groups you could join then you’d be much less likely to try out new groups or open to new members.

So, whereas clans are those you fight alongside, groups are the place you go to boast about it after. That, or share cat pictures.