Stardew Valley multiplayer is out – right now. The new update finally dropped its beta shackles and was pushed to the live game earlier today, letting you and three friends join forces for some truly hardcore farming. This 1.3 update also adds a host of new features whether you’re playing with pals or solo, with a new festival, new events, new items, and – at last – a respec option.

Co-op will now show up on the title screen, but you can also convert any existing single-player game into co-op by asking Robin to build a cabin on your farm to host your guests. A fresh co-op game will let you automatically start with cabins pre-built. You’ll also have difficulty selector with the profit margin option, letting you scale down the money you earn if you’re group is too good at farming.

You’ve also got a chat box with custom emoji, player marriage through wedding ring crafting, and full cross-play support across Steam and GOG versions of the game. If anybody on the farm starts, say, dropping rocks on your plots, you can effectively ban them by demolishing their cabin. (That’s also, apparently, how divorce works.)

Whether or not you’re playing multiplayer, you’ll also see a new, three-day traveling festival in winter offering a unique chance at one-of-a-kind items. Winter also brings a “mystery” new collection type, and you can expect a whole new selection of character events across the board, some of which include permanent bonuses. Of course, we can’t forget about horse hats, either. 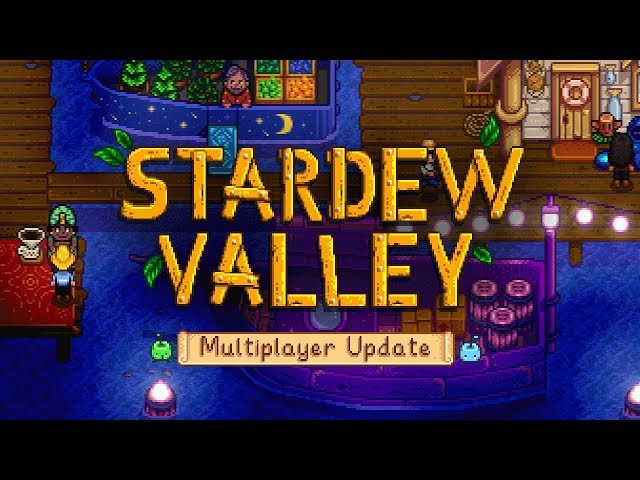 You can also change professions, though the patch notes warn this change “comes with a price,” along with an ominous picture of a dog man statue. So be cautious (or check a wiki). You can follow that link for more details on the more granular new features – like signs and decorations – or just hop in-game and discover it for yourself.