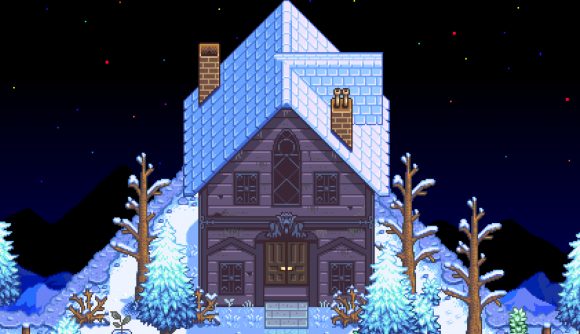 Barone tells Game Informer that he’s working on a collaborative project, allowing him to have “the best of both worlds”, developing games both by himself and as part of a larger team. Haunted Chocolatier “is another completely solo game, kind of like Stardew Valley, where I’m doing literally everything. That one will probably come out first.”

Sadly, Barone does not provide any details regarding what that mystery game will be, but he does note that he’s “not trying to make the next big indie hit”, even though he’s had to keep in mind the pressure of following up something as big as Stardew Valley. “I was almost considering – it might be interesting to release the game under an alias. And people don’t even know it’s me, and then to see if it could actually just be successful on its own merits. But I feel like that’s a bit disingenuous; I’m not going to do that.”

At least we got a couple of new screenshots for Haunted Chocolatier as a sort of New Year’s gift a few weeks ago.

Happy new year to all! I hope you all have a very positive 2022. Here's a couple of small images from Haunted Chocolatier. There will be plenty more to come this new year! pic.twitter.com/GiBWnOjxdM

For more delightful indie games, you can follow that link.