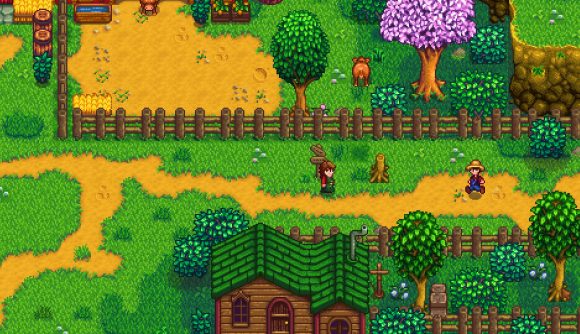 As a roleplaying simulation game, Stardew Valley has a bunch of different professions to pick from to let you live the (virtual) life of your dreams – whether that’s as a miner, fisher, fighter, or even just a tiller tending your pixel-art crops in the sunshine. Now, though, you can experience a whole other take on the farming game’s professions, thanks to a new mod that has “rebalanced and reworked [almost] every profession to be an equally unique and attractive choice”.

Modder VonLoewe’s ‘Walk of Life – A Professions Overhaul’ mod transforms nearly every Stardew profession to make them target “a specific style of gameplay” and build on what the base game laid out. Like the original professions, the mod’s versions unlock choices about paths to follow and subsequent bonuses for these at levels five and ten.

However, while the level five unlocks “provide simple early-game buffs that benefit most styles of general gameplay”, the level ten versions add much greater specialisation, giving you two bonuses and in some cases, a secret third bonus, which will “completely change the way you play”, the modder says. There’s also a greater range of roles within profession areas, with choices like getting into “bomberman mining”, “assassin and sniper combat”, and commanding a slime army added.

For example, a level ten brewer will see their beverages mature twice as fast, and you can “ship high-quality beverages to increase your brand value”. A level ten breeder will see animals breed more frequently, with the animals’ values increased at higher friendship levels, while a level ten “slimed piper” can get slimes to dish out damage to other monsters (and drop more eggs, too). As for those secret buffs, you can check details on these out under ‘spoiler’ tabs on the mod page).

Speaking of which, if overhauling your farmer’s career choices sounds like your cup of tea, you can find VonLoewe’s creation on Nexus Mods here. As ever, mod with caution, and be sure to check out our rundown on the best Stardew Valley mods around at that link.