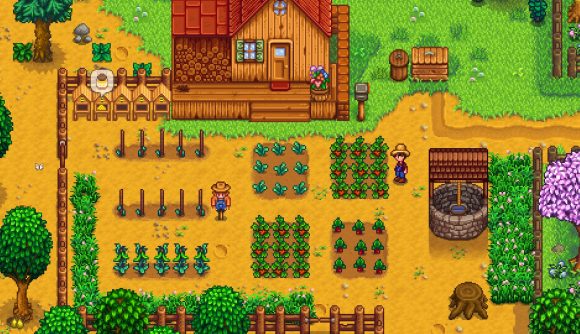 Stardew Valley sales have reached yet another massive milestone, as the farming RPG has surpassed 15 million copies sold. That’s impressive enough, but perhaps the most notable part is that the game’s success has not slowed down a bit – in fact, thanks to its continued releases on a wide variety of platforms, Stardew Valley has sold more in the last two years than any point before.

PC players got Stardew Valley on February 26, 2016. The game was an instant hit, and sold one million copies in the space of two months. Console versions followed in late 2016, and the Switch port landed in October 2017. By January 2018, SuperData reported that the game had sold 3.5 million copies (via GamesBeat) – and that’s before the iOS port launched later the same year.

In January 2020, the official site was been updated to report that Stardew Valley has sold 10 million copies worldwide. Now, a year later, it’s been updated again to report 15 million units sold. Once again, my childhood obsession with Harvest Moon 64 has been vindicated – yes, the world has at last seen that farming RPG games are good, actually.

Part of the continued appeal of the game is down to Stardew Valley mods, which have added everything from games of fetch with your pets to polygamy. With the world of farming games constantly expanding, Stardew is now casting a long shadow – and the follow-up might get announced soon.