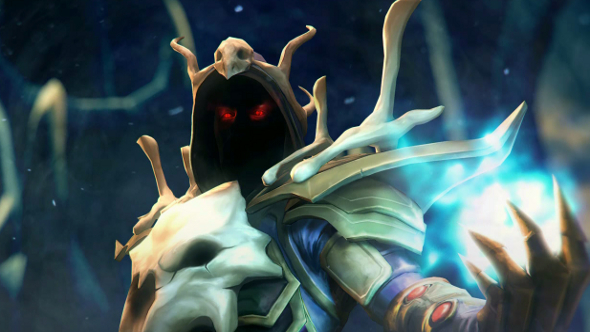 Imagine there were another Valve. A studio that made its own quintessentially PC games, but wasn’t dependent on them to survive. A company staunch in its independence, and led by a benevolent dictator.

We’ll come to that. Let’s start at the beginning.

While at college, Wardell wrote the original Galactic Civilizations – a grand space strategy game that established Stardock’s reputation in that genre. But publishers Strategy First filed for bankruptcy and he never received his royalties, instead building the company off the back of a popular OS/2 utilities package, Essentials.

That series of events helped establish a pattern for Stardock’s business: ambitious strategy games supported by more financially successful software. The studio went on to make Object Desktop, a Windows customisation and productivity enhancement suite that is still “by far” where most of their money comes from. That, and Wardell’s undisputed ownership, has allowed them to doggedly design only the sort of games they want to.

For instance: a couple of weeks ago Stardock released Sorcerer King: Rivals, the sequel to a 4X game about fighting an evil that had already won.

“The original is a fun game,” says Wardell. “It didn’t sell well, but it was really fun to work on, so when we did Rivals we were like, ‘Hey, let’s keep working on this game’. There’s a lot of other things that would be more lucrative to do. But Stardock makes stuff that we want to make.”

Here’s another case in point: like Valve, Stardock once had a digital distribution platform, named Impulse. But just as it was starting to take off, they decided to sell to GameStop.

“We said we’re either going to become a digital store or we’re going to make games and software,” Wardell remembers. “Because all my best people were on Impulse, and that really bit us in the butt. When we released Elemental it really showed.” 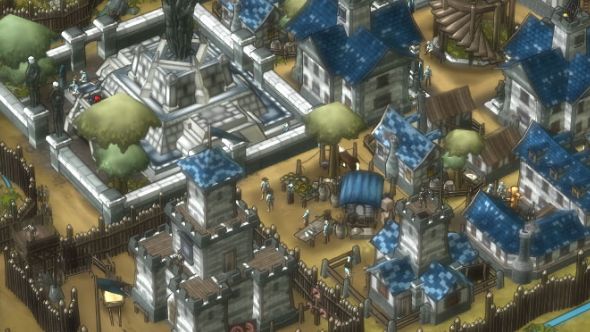 Fantasy strategy game Elemental: War of Magic came out in 2010 and, partly because Stardock’s best engineers were elsewhere, was a bit of a mess. As negative reviews rolled in and a backlash began, Wardell leapt to the game’s defence, vehemently disputing complaints on forums. But then, less than two weeks later, an extraordinary thing happened: Wardell issued a public mea culpa. He subsequently stepped down as lead designer, installing crack Civ modder Derek Paxton in his place. Ultimately, Stardock released Elemental’s sequel and expansions for free to players who had bought the original game – a “multi-million dollar giveaway”.

“It’s a classic case of cognitive dissonance, right?”, Wardell says now. “At the time I so loved Elemental and I had worked so many hours on it. I was working over 100 hours a week that whole summer. [But] at the end of the day, just because I enjoyed working on a game and just because I so loved it, didn’t make it a good game.”

It was a very strange thing, to watch a CEO come to such a costly realisation in real-time. Does the fact that Wardell is both Stardock’s decision-maker and comms department mean that he sometimes made mistakes in public that, in a more ordinary company, would be thrashed out internally?

“That’s the double-edged sword,” he admits. “On the one hand our customers and other gamers get to talk to me directly, which 90% of the time is a good thing. But there’s that 10% of the time when it’s a really, really horrible thing.” 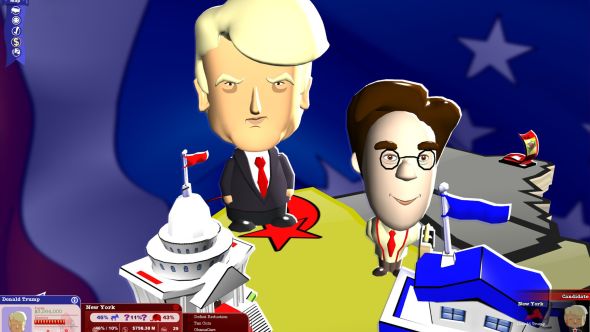 In December 2010, former Stardock employee Alexandra Miseta filed a lawsuit against Wardell alleging sexual harassment. In turn, Wardell had alleged that Miseta had stolen a laptop and deleted documents when she left the company. Both suits were dismissed in September 2013 in a settlement that came with conditions – one of which was that Miseta draft a letter of apology.

“With time and the grace of God,” she wrote, “I hope we can now move on with our lives.”

“Looking back, people may be able to start seeing how that got out of hand,” says Wardell of the episode. “I didn’t do anything that a reasonable person would consider sexual harassment. I wasn’t even telling dirty jokes.”

Anyone who reads his forum posts, he suggests, can probably picture what he’s like.

“I can be a bit mean, and I can troll a little bit,” he elaborates. “I don’t try to, but I will say things that are not politically correct, and if you get just the right combination of personalities together, you will get someone who says, ‘Hey, you can’t say that,’ or, ‘You shouldn’t be quoting Simpsons here,’ or, ‘I find their jokes to be sexist, vulgar and embarrassing.’ 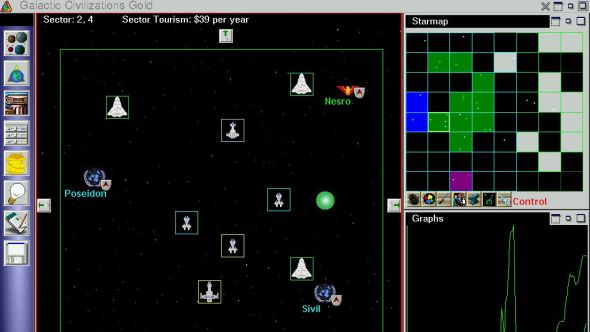 “My response then would be… I probably wouldn’t put in an email, but it would be, ‘Well, you know, I guess I’m a sexist, vulgar and embarrassing guy. If you have a problem with that, find another job’. I don’t want to be bashing this young lady, but there are quite a few people out there who believe that anything that makes them mad or they disagree with is racist or sexist or what have you. And this was kind of on the leading edge of that.”

Miseta’s lawsuit described Stardock as a “hostile work environment”. Wardell disputes it’s ever been that. He argues that his company has a far higher percentage of women on staff than the average game studio.

“Since we’ve always hired people without any sort of bias, we just hired whoever’s best,” he says. “We’re just starting to pick up some of these millennials who come in and they’re, like, waiting to be offended. And we aren’t going to change our entire culture to walk on eggshells, because that would be a horrible place to work.”

It’s a strikingly unreformed perspective to hear in a games industry becoming steadily more conscious of its shortcomings in diversity and equality, both in and out of its products. Is feminism something that Wardell takes seriously?

“It depends what you mean by feminism, right?,” he opines. “There seems to be two types of feminism. There’s the feminism that says, ‘Well, I believe that men and women should be treated equally’. I support that.” 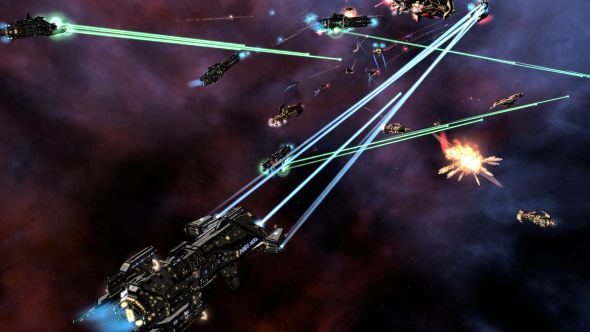 The other type is what Wardell defines as campus feminism.

“They use the term feminism but they’re almost like the MRA [Men’s Rights Activist] people. They don’t like men. They’re the ones who say they drink male tears and that sort of thing, I don’t like that. I like people, so I prefer to talk to everybody. I don’t like the idea of someone having something against someone else because they don’t fall into this correct race, sex, political belief, whatever box.”

It can be tough to reconcile this attitude with the man who went to such lengths to make up for Elemental’s launch, and who once wrote a PC gamer’s Bill of Rights to try and ensure that players weren’t “treated as potential criminals” by developers or publishers. These are acts of corporate empathy. But both are sides of Brad Wardell, and both therefore part of the Stardock of today.

“I think that if everyone would just do what they know deep down is right, if we could just pay it forward, then maybe someone else will say, ‘Well, when Stardock messed up, they did this, now there’s a precedent,’” he says. “And maybe other companies, when they mess up, will do the same thing.”

Buried beneath Sorcerer Kings: Rivals, like the layered remains of an ancient city, is a custom-made fantasy game engine that dates back to the days of Elemental. Stardock have been developing it now for seven years. Wardell describes it with a mixture of “pride and tragedy”. 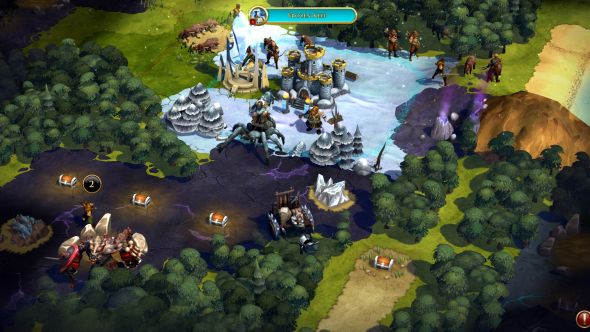 “You could take what we have and you could remake Baldur’s Gate. Shot for shot, graphically identical Baldur’s Gate. And at the same time you could go and make Civilization IV with it also. Not Civ V, but Civ IV.”

It’s been a staggering investment. If Stardock had known that Unity was going to take off, they probably would have simply used that instead. But the fact that the company have carried this tech forward for so long, absorbing their mistakes, regardless of what the rest of the industry might think of as good sense, is so very Stardock. Like the figure the company is a reflection of, the engine is a picture of stubbornness.