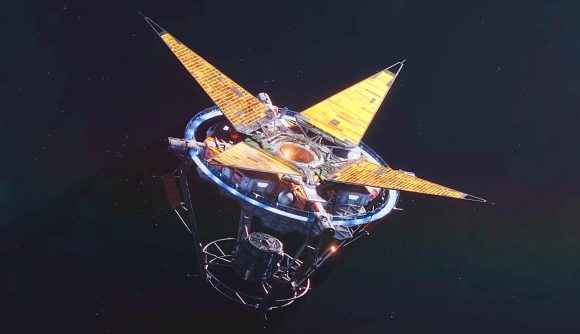 We’ve been waiting a long time for further info on Bethesda’s next big RPG, Starfield, and in the absence of official details the rumour mill always seems to start spinning. Word began to circulate this week that the Starfield release date would land this year, but many of the industry’s most reliable insiders are saying that you shouldn’t expect the game to launch for at least another year.

“Rumours like this keep floating around but Starfield is nowhere near done, according to several people familiar with development,” Jason Schreier says on Twitter. “It’ll be at E3 but the planned release date I’ve heard is way later than most people expect.” In a follow-up tweet, Schreier says that “Bethesda’s plan is to tease a release date for Starfield at E3. That date is in late 2022.”

Tom Warren confirms that Starfield is “not coming this year”, and Jeff Grubb reiterates that you shouldn’t even expect it to launch in early 2022.

Just in case the Microsoft buyout of Bethesda didn’t make it clear enough, you should not expect Starfield to hit PlayStation systems when it launches, either.

Rumors like this keep floating around but Starfield is nowhere near done, according to several ppl familiar with development. It'll be at E3 but the planned release date I've heard is way later than most people expect. Sharing this so that folks keep their expectations in check https://t.co/LVFzmX1XYu

The E3 2021 schedule should bring us a better idea of what to expect from Starfield, but it looks like Bethesda is putting some extra time in between the reveal and launch this time around. If that results in a better final game, it’s all for the better.