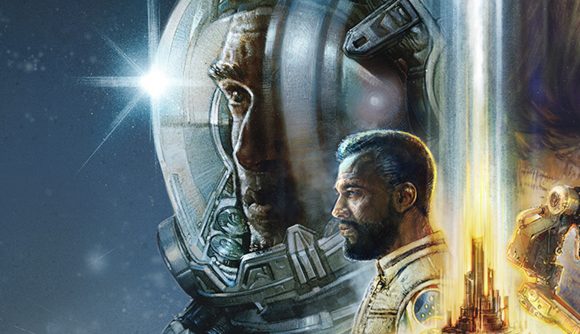 A new tweet from a voice actor with links to Starfield has set tongues wagging in the RPG game‘s community. Supposed star Stephen Ford has told one fan that Starfield is “pretty awesome” in reply to concerns raised that the space game will launch in a buggy state. Naturally, the tease has fans wondering if Ford has seen or even played Starfield.

Bethesda’s latest massive open-world game Starfield was announced all the way back in 2018 and has a release date in November – just six months from now. It’s perhaps a surprise, then, that we haven’t seen more than a few seconds of in-game footage – although we hope to see a significant showing at the Xbox and Bethesda showcase next month.

However, one person who seems to have seen Starfield in action is actor Stephen Ford. Now, Ford – who is known for TV series such as Teen Wolf and Kamen Rider: Dragon Knight – has been teasing Starfield and his role in it for a little while now, and it even looks like his face is on the game’s poster art.

His latest tease received a comment suggesting people were too hyped for Starfield and it would be a bug-filled mess due to it being a Bethesda game. Ford replied, quite simply, “nah, it’s pretty awesome”. No ‘looks’ in there, suggesting he’s actually played it, although it’s probably more likely that he’s seen what Bethesda has planned for its show next month – especially if he’s potentially doing voice and maybe capture work for it.

It’s not his first tease about Starfield, either, as last month he posted this alongside the cover art – which seems to show his face in the spacesuit on the left.

Pssst. If you’re excited for Starfield…

For reasons I can’t say.

For the full Summer Game Fest schedule head to the link there, we’d honestly be surprised if Starfield wasn’t there.