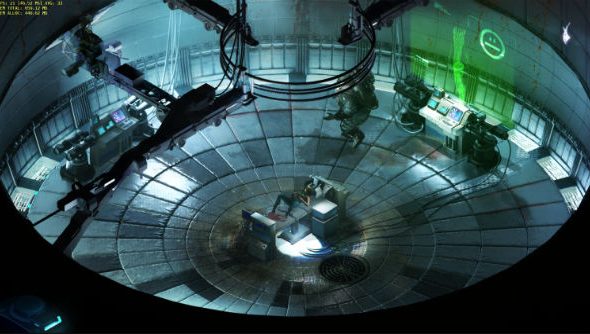 STASIS, last year’s isometric point-and-click horror-a-thon, was a game that slipped my radar when it released on Steam, even though it’d been in development for quite some time. But it was great. Developers The Brotherhood have announced they’re hard at work on a prequel chapter named Cayne.

I love horror games, do you? Here’s our best scary games on PC.

In a blog post on their official site, The Brotherhood talk of how much hard work went into STASIS and that, although receiving mostly positive feedback, they’ve took criticism on board with the aim of going one better. So as not to ride on its forerunner’s coat tails, though, Cayne will be built from the ground up and operations at the South African studio have been stepped up a notch.

“The Brotherhood is now running as a full time development studio,” reads the update posted by Christopher Bischoff. “We can officially call ourselves game developers with a straight face and an enormous sense of pride! We asked ourselves, ‘where to from here?’ as we’d already completed much of the graphic content for the Cayne chapter so that was the most logical thing to tackle.

“While STASIS provided a foundation for our future projects, Cayne will most certainly be providing the brick and mortar. We’re going to use Cayne to test out new ideas, technologies, and a new workflow that has both Nic [Bischoff] and I working full time.

“Our future games will be created around this core, and what we have coming up is going to astound, disgust, and amaze you.”

All told, this makes it all the more terrifying – there’s no reason to fall out with it, to spit the dummy and walk away. Each puzzle drives you further into the game’s horror, meaning you want, nay, need to keep going. That might sound like a backhanded compliment but it’s really not – it’s merely testament to Stasis’ masterful puzzlery. If Cayne manages to deliver the same sort of thing, well, I might need a new pair of drawers.

I’d recommend checking STASIS out in a (skipped) heartbeat, but if you need refamiliarising, here’s a gameplay trailer from last year: