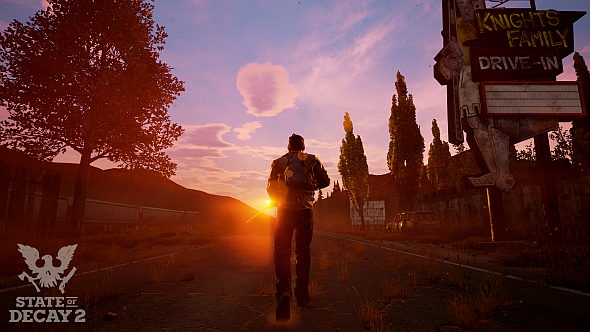 State of Decay 2 developers Undead Labs are already calling time on the battle royale genre. Though they’re making a survival game – the genre that incubated battle royales – they’re not fighting for their own slice of gaming’s latest trend.

Which battle royale is right for you? Our guide to the biggest genre right now.

Speaking with VG247, design director Richard Foge compares battle royales to a field of wheat. Presumably referring to PUBG and Fortnite, he says:

“These giant combines have been rolling through this space – there’s nothing left for us to harvest. I would much rather us focus on what we’re doing, trying to find something unique in the space to excite and inspire [players]. Some new thing, as opposed to trying to follow what other folks are doing, trying to see what scraps I can get from that.”

You may not think that only two games is enough to call a genre oversaturated, but in the case of other trends such as MOBAs, CCGs, and MMOs, it kinda has been, give or take a couple of games. It’ll be interesting to see if battle royales prove popular enough for shooter giantsCall of Duty and Battlefieldto carve out their own chunk of the audience, if rumours of their entries prove to be true.

And if EA and Activision are indeed wading into battle royale, Foge’s decision to stay out it looking more and more sensible.

“We’re a fairly small studio”, he says. “You have to decide who your audience is and who you’re making this game for. There’s only so much pivoting that can be done with a small studio once you’ve sort of committed to a particular direction.”