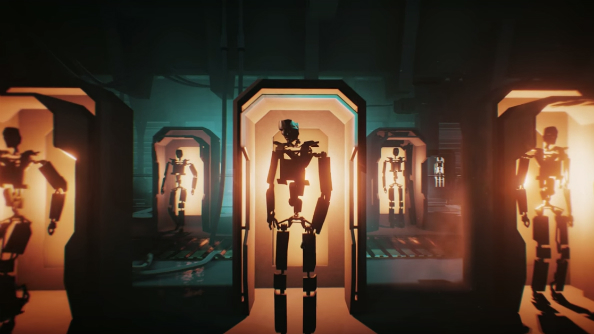 Setting your game somewhere between Deus Ex’s transhumanist musings and the cyberpunk aesthetic of Blade Runner will stand you in good stead with gamers. Having some mournful soul music courtesy of Faada Freddy in your teaser trailer helps too – roll on State of Mind.

Daedalic Entertainment’s latest IP is a 3D adventure set in the not-too-distant future, where the usual combination of scarce resources, war, oppressive government, overpopulation and technological advances have forced the population of Berlin to seek refuge in a utopian world called City 5. Check out the moody teaser below.

With that art style and themes dragged from the best bits of science fiction, State of Mind has my attention. No solid gameplay yet, but the Daedalic’s description gives some insight to the narrative…

“In this dystopian world Richard Nolan, a father and journalist tries to survive with his family. The industry’s solution to all of humanity’s problems, though, seems to be a new virtual world. Through mind transfer, people live their lives in a peaceful place called City 5. But during Richard’s upload, something goes wrong: he now exists in both places, the real world Berlin and as a second, incomplete version in virtual space. Now he tries everything to reunite with his virtual self and his family, but he soon realizes that his search for salvation affects not only him, but the future of all humanity.”

Interesting ideas, a compelling narrative and the potential for something original? Sign me up.