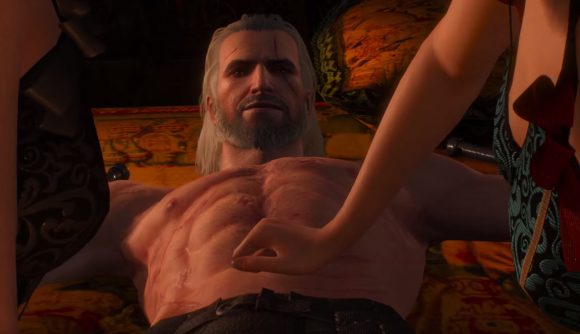 Steam’s uncertain policies toward sexual content seem to have finally been sorted out, with new filters in place to cut out the games with nudity and sexual content you might otherwise see on the store. There’s also a violence filter, though that sort of content hasn’t provided the same amount of controversy as nudity.

In your Steam account preferences there are now four mature content filters, each of which shows a handful of example games. ‘Frequent Violence or Gore’ will cut out the likes of PUBG, Dead by Daylight, and Hunt Showdown. ‘Nudity or Sexual Content’ will target games like The Witcher 3, Rust, and Senran Kagura. Those are old options, but the new ‘General Mature Content’ box decides whether you’ll see any games with tagged content in them.

The new ‘Adult Only Sexual Content’ is the only filter enabled by default, and cuts games that contain “sexual content that is explicit or graphic” from your searches. Currently, the only example of an adult only game is Meltys Quest, an RPG Maker title whose content you can probably guess at. It seems that “explicit” might not mean full pornography is allowed – the developer of Meltys Quest says the title is remaining censored on Valve’s store because “there’s no guarantee Steam will be fine with a completely uncensored version on their store.” We also don’t know if the steamy visual novels held back in anticipation of these features will now be good to go.

The filters appear to largely be driven by user tags, so there are some bits of weirdness. The colourful Dragon Quest XI is among the games tagged for violence, and while that’s technically accurate I doubt the largely bloodless fantasy battles there are what these sorts of filters were built for.

Store pages now offer brief descriptions of mature content, similar to many existing game rating systems. Left 4 Dead 2, for example, warns potential buyers of “intense violence, blood and gore (including decapitation or dismemberment of zombie-like creatures) and some strong language.” It will be up to developers to fill out that informat across their older titles, though it’ll be a requirement for games with adult content in the future.

Valve also suggests it is continuing to crack down on games that meet the intentionally vague criteria of “trolling,” according to the full announcement. “A trend we’re seeing is that we often ban these people from Steam altogether instead of cherry-picking through their individual game submissions. In the words of someone here in the office: ‘it really does seem like bad games are made by bad people.’

“This doesn’t mean there aren’t some crude or lower quality games on Steam, but it does mean we believe the developers behind them aren’t out to do anything more than sell a game they hope some folks will want to play.”

Sadly, none of this means Steam will drop those incessant age gates anytime soon. “Unfortunately, many rating agencies have rules that stipulate that we cannot save your age for longer than a single browsing session. It’s frustrating, but know we’re filling out those age gates too.”