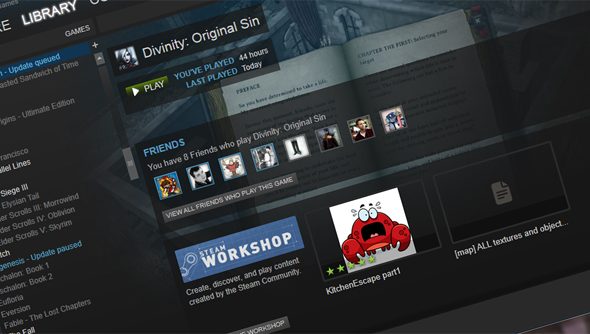 Usually we steer clear of the silly people who say that PC gaming is dead. They’re blind to the fact that the PC is a thriving platform from which all gaming machines derive their best ideas. And they smell. But every now and then it’s nice to be able to throw something back along with a note say “Nah na ne na nah, you’re wrong!”

The news that Steam’s passed 7 million concurrent users is just one of those facts to throw back.

Related: Check our guide to the best free Steam games.

We already know what Valve’s distribution client has a population larger than many countries but on top of that it has a decent proportion of them all logged in at the same time. More than 10% of Valve’s 65 million users are logged in at any one time, making for a massive 7 million concurrent users.

All this bodes extremely well for Valve’s Steam Box. Sure, not every Steam user is going to rush out and by one of Valve’s machines but with a userbase as large as Steam’s, and one which is clearly engaged with the client, there’s a good chance that there will be many early adopters of the living room hardware.

Valve must be pretty excited to see how this all turns out.