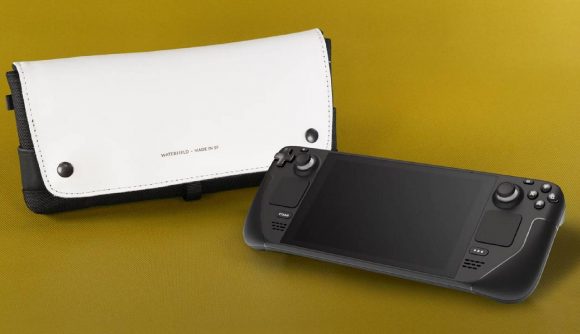 The Steam Deck’s release date is fast approaching, and accessories for the portable gaming PC are popping up left, right, and centre. While all three models of Valve’s handheld come with a carrying case included, a San Fransico based company is crafting an extraordinarily extra high-end case that uses the same material as a bullet-proof vest.

Created by Waterfield, the Cityslicker for Steam Deck has a full-grain leather exterior and a ballistic nylon lining. Admittedly, this lavish accessory is more like a messenger bag than a case, and you can even lug the huge handheld around using a detachable strap. Since the Cityslicker is designed to be a bag rather than to go inside one, it also comes in a variety of colours, including black, white, crimson, and chocolate brown. There’s even a “grizzly leather” option, just in case you’re rocking a woodsman gamer aesthetic.

The Cityslicker is definitely trying to be stylish, but the case is also extremely functional and can accommodate a complete Steam Deck setup. From MicroSD card slots to a pouch designed to hold an Anker power bank, Waterfield’s take on handheld luggage is a bit like a luxurious Marry Poppins style tech pouch.

Waterfield hasn’t revealed the cost of its Steam Deck Cityslicker just yet, but it’ll no doubt come at a high price. That said, the company already sells a Nintendo Switch version for $107, so the new version could cost a similar amount once it launches on February 17. 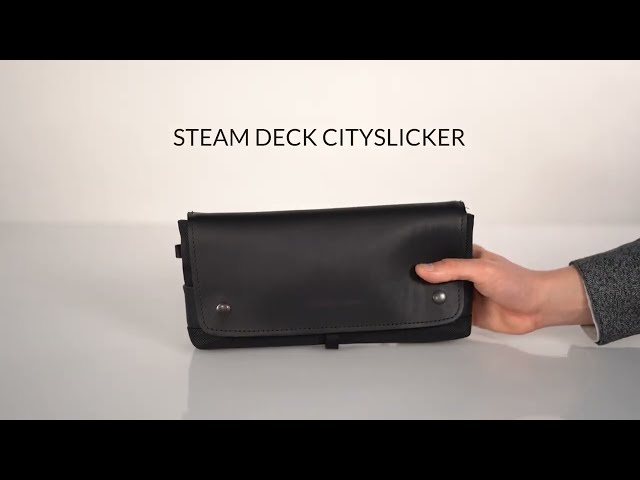 Using ballistic grade material in a carry case might seem bananas, but there are more ridiculous add-ons out there, like Thanko’s weird gaming cushion thing. Absurdity aside, at least we’re going to have plenty of Steam Deck accessories are our disposal when it arrives at the end of the month.