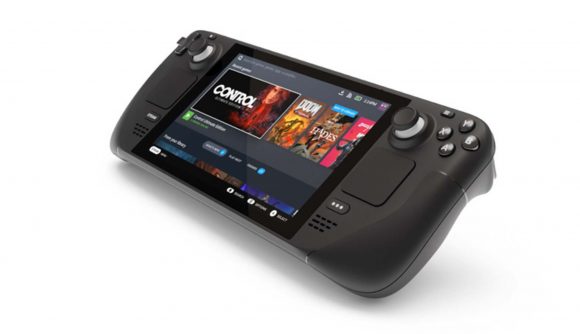 The Steam Deck is sure to be a portable powerhouse, but the gaming PC’s capabilities aren’t exactly crystal clear. While Valve claims that it’ll be “the most powerful gaming handheld in the world”, there’s still a level of uncertainty attached to its modern gameplay performance. However, thanks to the benchmarking efforts of a dev kit holder, we now have more of an idea of what to expect when it comes to Steam Deck settings and frame rates.

Shared by FreeJoker on the Chinese site ‘Ranger’, the benchmark test put the Steam Deck through its paces while running Shadow of the Tomb Raider, Doom (2016), Cyberpunk 2077, and Dota 2. Unfortunately, the reviewer fails to mention any specific setting tweaks, but reveals average frame rates for each game with low, medium, and high presets enabled.

Before we dive into the Steam Deck user’s findings, you should keep in mind that the dev kit’s performance might differ from Valve’s finished product. In fact, the whole point of issuing dev kits is to ensure compatibility and performance can be adjusted before the handheld’s December launch, so the games subjected to testing during this benchmark could receive updates down the line.

If you’re planning on playing Lara Croft’s latest outing on the Steam Deck, you’ll be pleased to know that the game can apparently run with ultra settings enabled, albeit at 30fps. The reviewer also claims that the game runs at 60fps with lowered settings, making it possible to boost fps if preferred.

Bethesda’s Doom produced similar results while running on the Deck, with an average of 60fps at medium settings. Providing you’re not chasing frames, you can crank the game’s fidelity up, but you’ll have to make do with 46fps. Naturally, Dota 2 generates the most frames on low settings due to its age, with a lofty 80fps average. Dota 2’s high settings nerf things down to 47fps, although this is widely considered a smooth and playable frame rate.

Cyberpunk 2077 is the only game tested exclusively with a high preset, resulting in an unstable average of 20-30fps. This is perhaps expected, as the RPG is known to make even the beefiest gaming GPUs sweat. Nevertheless, the fact that the game didn’t turn into a complete slideshow suggests that it’ll be vastly more playable when set to low. 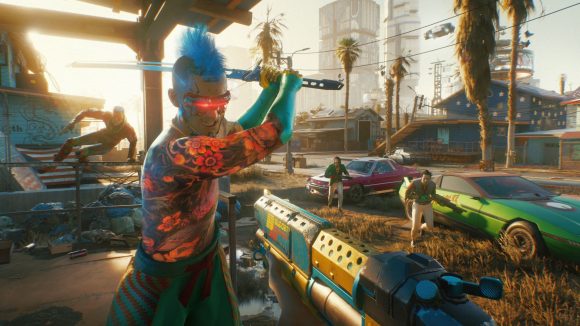 The early dev kit test results are pretty positive, especially when you consider the price and form factor of Valve’s Steam-powered micro machine. And with SteamVR hinting at a new standalone virtual reality headset, the company isn’t short of things going on.