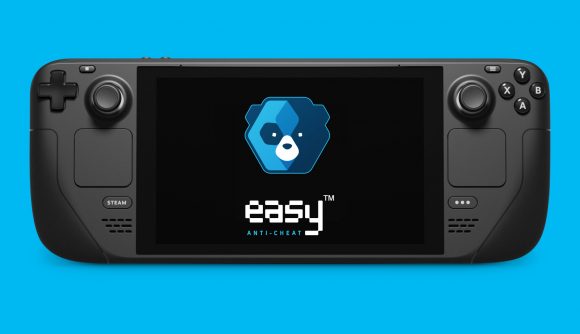 When Epic Games announced its Easy Anti-Cheat (EAC) service would be officially supported on the Steam Deck, the company said it was possible to “activate anti-cheat support for Linux via Wine or Proton with just a few clicks”. Unfortunately, according to a developer of Warhammer: Vermintide 2, this seemingly isn’t the case.

In a Steam discussion thread (via GamingOnLinux), Fatshark staff member Hedge revealed that there are in fact two versions of EAC: EOS (Epic Online Services) and non-EOS. Hedge says this presents a problem for some developers who want their games to run on the Steam Deck, because “most games historically use Non-EOS EAC. It’s the one Vermintide 2 uses as well. Epic only added Proton support for the EOS version of EAC. Therefore, in order to implement Proton support for Vermintide 2, a huge amount of reworking of the EAC implementation would be required”.

However, this isn’t the End Times for Vermintide 2 or non-EOS EAC game support on Steam Deck. Hedge says that Fatshark is still looking into porting the game to the newer EAC SDK, but any official support will ultimately come down to “how much heavy lifting is involved in migrating from the EAC we have to the EOS EAC variant”.

While it’d be a terrible shame if these compatibility issues couldn’t be resolved before the Steam Deck’s Februrary release date, recent reports indicate that plenty of games should still run great on Valve’s portable gaming PC. That said, you might find the upcoming Ayaneo Next better suits your on-the-go gaming needs if you’re looking for something with minimal fuss.