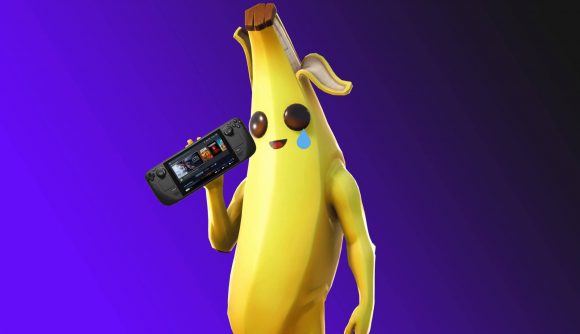 The Steam Deck’s release date is just around the bend, but it looks like Valve’s handheld gaming PC will miss out on Fortnite. Spotted by PCGamer, Stormy178 quizzed Epic Games CEO Tim Sweeney about the shooter’s Linux anti-cheat compatibility on Twitter. In response, the Unreal Engine creator clarified that the company isn’t planning any related updates.

In an additional reply, Sweeney says, “We don’t have confidence that we’d be able to combat cheating at scale under a wide array of kernel configurations, including custom ones.” In other words, while both Easy Anti-Cheat and Battleye are now Steam Deck compatible, the company seems to be more concerned about the open-source nature of Linux.

It’s worth noting that Epic Games owns Fortnite’s EAC software, prompting fans to question whether Sweeney trusts his “own product.” The CEO then continued to hammer home his concerns about SteamOS by suggesting his lack of anti-cheat confidence stems from Fortnite’s size.

Fornite might be a big loss, but the Steam Deck’s set to be compatible with a whole bunch of shooters, including CS:GO and Half Life 2. SteamOS now also has AMD FSR upscaling baked in, which should help enthusiasts boost fps when playing on an external 1080p gaming monitor.