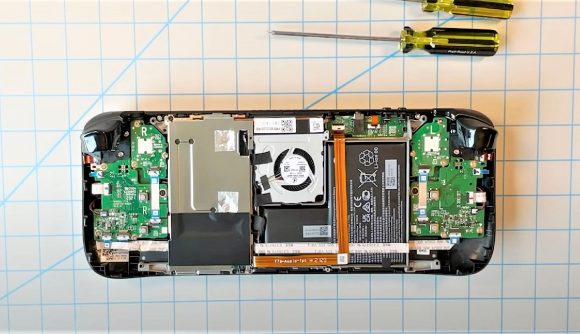 Since the Steam Deck’s announcement back in July, Valve’s been relatively open about its upcoming handheld gaming PC. While we’ve had both an official and unofficial look at the device’s benchmark performance, the PC’s innards have remained a mystery. Thanks to a new teardown video by Valve, we now know how to disassemble and potentially upgrade the gaming machine. Yet, while the company makes delving into the Deck’s depths look easy, it also strongly advises against even popping the lid for a peak.

In the video, a representative from Valve specifically addresses how to change out the Steam Deck’s thumbsticks and SSD – two components that could potentially need replacing over time. Of course, while the teardown is quite clearly a tutorial, Valve also frames the teardown as a “why you really shouldn’t do this” message that’s laced with various warnings. The video goes as far as to warn potential tinkerers against fire hazards, citing that accidentally damaging the battery could cause the mini computer to combust.

Foreboding tone aside, Valve’s step by step process actually makes the Steam Deck look incredibly accessible, at least in comparison to other handhelds like the Nintendo Switch. Sure, even unscrewing the portable gaming machine’s casing allegedly runs the risk of compromising its structural integrity. However, replacing the included M.2 simply requires unscrewing a shield and disconnecting the drive once you’re in.

It’s important to note that while most of the Steam Deck’s parts are clearly replaceable, Valve uses specifically designed components. While you’ll be able to upgrade the itty-bitty rig’s SSD with a matching 2230 sized alternative, components like the thumbsticks are a different matter entirely. Thankfully, Valve also states that it’ll share a source for replacement parts within the coming months, suggesting that an official upgrade solution for the base model’s storage will be available. 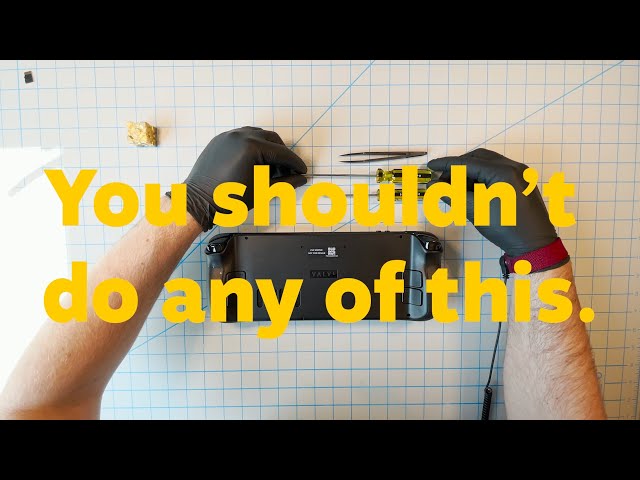 Valve’s mixed Steam Deck teardown message might deter some users from messing with the machine, but ultimately, its seemingly accessible internal layout makes maintenance, upgradability, and general technical tomfoolery a breeze. While the company’s cautionary tales shouldn’t be taken lightly, it’s nice to know that the Steam Deck is accessible as a normal PC, at least when it comes to basic upgrades.