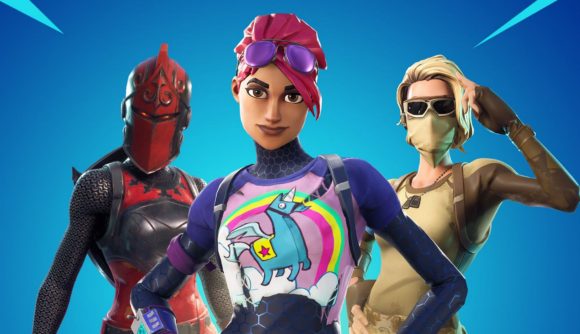 Valve’s done as much as it can to keep its own hands off the monumental job of curating the Steam store, and one part of that process has been Steam Curators. In theory, curation pages let YouTubers, journalists (including us), and anyone else set up a list of games to help players find cool stuff – but you’ve probably already seen a fair share of gimmick curators that use the platform for extended jokes.

Over the past year, Fortnite Curator has had a simple mission statement: “If it ain’t Fortnite, it ain’t for me!” Early on, the page offered short reviews for games comparing their features to Fortnite, but now every game gets the same description of “Not Fortnite. Why play it then? Don’t play any game unless it is Fortnite.”

Of course, Fortnite isn’t even on Steam, so this curator has left a ‘not recommended’ mark for each one of the nearly 700 games ranked so far. That includes plenty of indie games struggling for placement on the Steam store – we’ve only noticed this curator at all because the negative marks were noted by the folks behind Battalion 1944.

It’s unclear whether Steam Curators affect a game’s placement on the store, though Steam’s developer documentation suggests that curators are separate from the algorithms that power the store itself. We know that user reviews can affect a game’s store placement, though Valve has always been reticent to share details on the algorithm for fear of it being exploited.

Gimmicky Steam Curators are nothing new, and you’ve probably seen the likes of Commander Shepard or Critiquing Doge recommending games seemingly at random. (At least something as silly as Waifu Hunter has a consistent core mission.)

Some of these curators have ranked among Steam’s most popular for years, so Valve clearly hasn’t felt the need to, er, curate the curators. But if you’re looking for a complete list of games on Steam that are not Fortnite, I can save you a bit of time: it’s all of them.